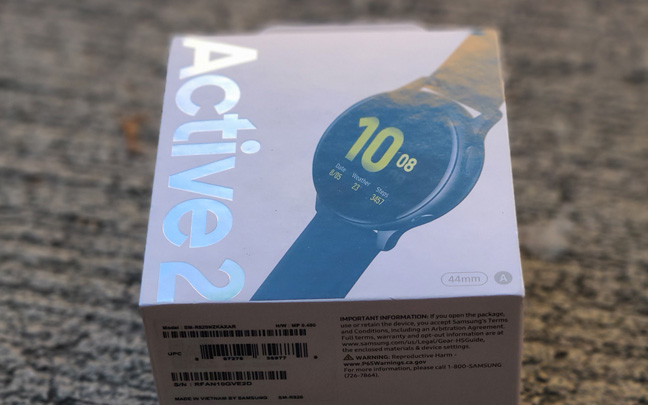 It took Samsung a long time to produce the (almost) perfect smartwatch. When reviewing the Gear S2 back in 2015, I had mixed feelings. However, in recent years, Samsung has updated their Tizen OS software and has even made it available for Apple users, thought the functions are limited. 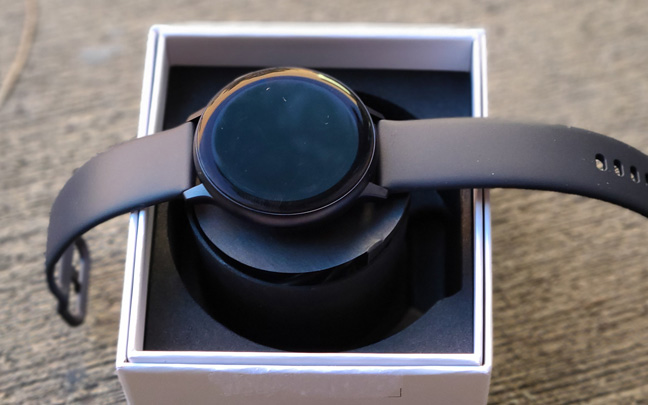 One of the things people love about the regular Samsung Galaxy Watch is the rotating dial that makes it easy to switch through screens, applications, and settings. On the Active 2, there is a digital haptic dial, which works smoothly. Some consider this feature to be only a “small” upgrade, but it’s a lot more than that when you use the dial a lot.

The Active 2 also has (or is supposed to have) an ECG feature that would measure the electrical activity of the heartbeat. This can detect heart attacks before they happen as well other heartbeat irregularities. It was supposed to be implemented during the first quarter of 2020, but yeah…coronavirus. 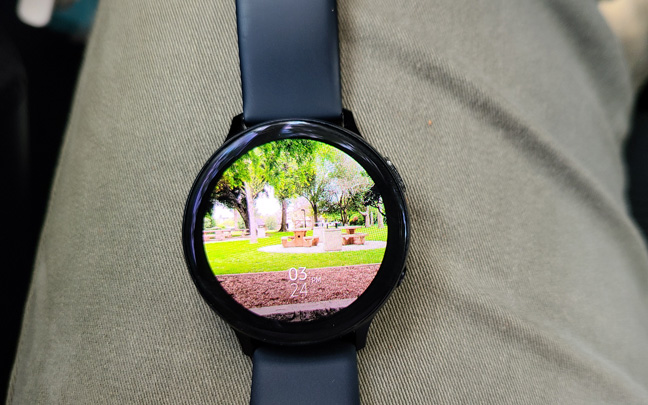 The Watch Active 2 has a solid design and screen.

Otherwise — and this is a good thing — the Active 2 maintains its simple sporty design. Because there is barely any bezel, a full round screen stares at you and displays needed information crisply. You may want to avoid setting it at a very high brightness level (I set it halfway) in order to save battery life.

Speaking of battery life, this is where the Active 2 completely conquers the Apple Watch 5. Those who claimed the Active 2 lasts two days per charge certainly aren’t exaggerating. And I’m not even a light user. Apple needs to take note; the Apple Watch 5 lasts only one day despite their claims of it lasting longer.

Besides tracking your exercises (which it does to varying levels of success), the Watch Active 2 also tracks your sleep. However, I’m not so sure how accurate it is, especially after telling me I fell asleep at 2 a.m. last night when I know I fell asleep way before that. I’ll test more of this in the next week and report my results.

Perhaps after all the updates, the Samsung Galaxy Watch Active 2 will fix its minor bugs. Even so, it’s important to stress that the bugs on this watch are actually only minor. It might not be a grand slam, but with the Galaxy Watch Active 2, Samsung has definitely hit a home run.

Daryl Deino has been a technology enthusiast since 1995 and has written for several newspapers and technology sites. Please reach him at [email protected]
View all posts by Daryl →
This entry was posted in Review and tagged Apple Watch, Samsung Galaxy Watch Active 2, SmartWatch. Bookmark the permalink.