Samsung Galaxy Note 7 May Not Be A Huge Seller, And That’s Fine 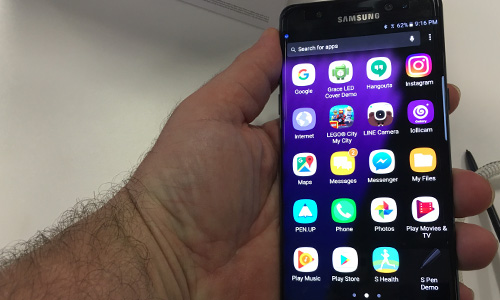 The Galaxy Note 7 will be available on August 19.

The Samsung Galaxy Note 7 will be released on August 19. My T-Mobile plan allows me to upgrade every six months, and I have to be honest in saying that I may not upgrade from my Galaxy S7 Edge. I don’t rely on what I hear from people; I rely on my own experiences. And I have used the Galaxy Note 7 for more than ten minutes.

Those who say that the Note 7 is just an S7 Edge with a stylus are right, but is that necessarily a bad thing? The S7 Edge has been a huge hit with Samsung, so why change what’s working? While it’s not necessary for people who own the S7 Edge or the S7 to upgrade, it’s a somewhat essential upgrade if you have 2015′s Note 5 (Samsung skipped the number “6″ for this year’s model) or even one of the Galaxy S6 models. 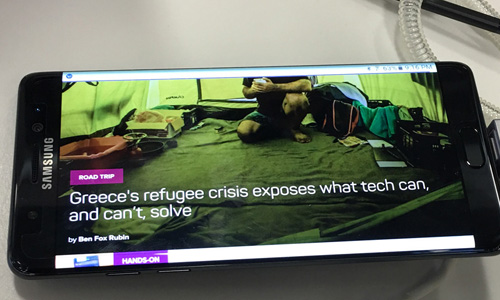 The Galaxy Note 7 screen is less curved -- and that's a good thing.

The S-Pen feels smoother as well, but it’s not a very noticeable difference since Samsung had the S-Pen perfected by 2014′s Note 4. The S-Pen has always worked perfectly with Samsung’s S-Note software, but not so much with OneNote, where the handwriting works, but lags. This has been a big problem for me and others who have used OneNote as our main note application for years. 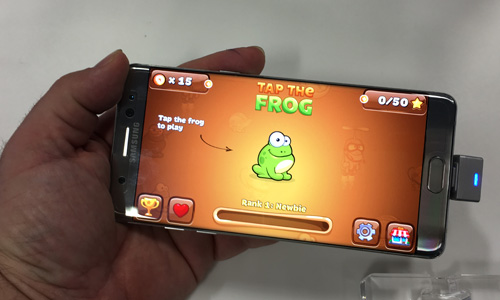 Samsung played it safe with the Galaxy Note 7.

Samsung doesn’t have much to lose by playing it safe. They aren’t in the same situation Apple is in. The Cupertino company is struggling with iPhone sales, though most agree that the dip could just be temporary. If the iPhone 7 and 7 Plus are as similar to the iPhone 6s and 6s Plus as heavily rumored, Apple is in trouble. If Samsung only sells half the amount of Note 7 smartphones that they have with the Galaxy S7, they are not in trouble.

I, as well as others, always pit the iPhone against Samsung’s phones. It’s as if you have to pick a team if you are a journalist. However, I really want both Apple and Samsung to be as successful as possible. That way, people don’t have to pick teams, especially since the consumer is the winner.

Daryl Deino has been a technology enthusiast since 1995 and has written for several newspapers and technology sites. Please reach him at [email protected]
View all posts by Daryl →
This entry was posted in Review, Tech News and tagged Galaxy S7 Edge, iPhone 7, Samsung Galaxy Note 7. Bookmark the permalink.