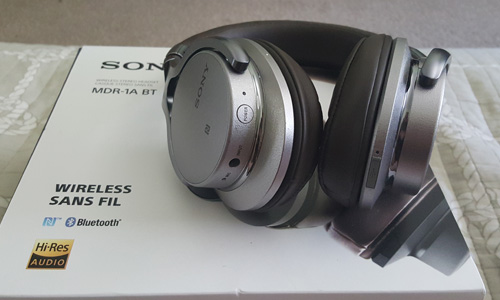 The Sony MDR-1A BT Bluetooth headphones come as close to "wired" sound as you can get.

I have been using the Sony MDR-1A BT Bluetooth headphones, which sell for $399.99, throughout the past two days. I am impressed with the build quality and the sound. So far, the MDR-1A BT are the best Bluetooth headphones I’ve tried (maybe I’ll change my  mind when I review the Bowers & Wilkins P5 headphones). But Bluetooth audio still has a little way to go.

The MDR-1A BT headphones are huge — but they are also very comfortable. They feature giant foam-padded ear cups that feel great until you work out and sweat. The metallic exterior looks like something Apple would build. Overall, they are the coolest looking headphones I have used, even though they don’t fold up or come with a case.

So, the big question: How is the sound? If you like a lot of bass, but not fake-sounding bass that Beats headphones produce, you will really like the MDR-1A BT headphones. The high end ranges produce a tiny hiss with Bluetooth, but not so much when using the wire provided. The mid ranges are absolutely perfect. I would say that the MDR-1A BT are perfect for those who love EDM and hip-hop music. 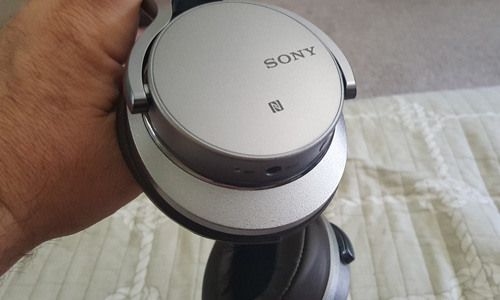 Some people may complain about the volume when using them with Bluetooth. When pairing the MDR-1A BT to my iPhone 6 Plus, the volume is fine. It doesn’t get as loud as the Beats Studio Wireless headphones, but it doesn’t need to. Best of all, there is no distortion. If you use the MDR-1A BT with the cord, the volume gets even higher.

Overall, Sony’s high-end Bluetooth headphones are good. In fact, they are very good. But despite the 40mm drivers and incredibly big frequency range, there is still a noticeable difference between using these and then putting on high-end wired headphones right afterwards. Those who are sick of wires getting tangled everywhere and want the convenience of high quality wireless headphones certainly won’t mind. But if you are an audiophile, you will be disappointed — not because the MDR-1A BT headphones sound bad, but because they came so close to Bluetooth Heaven, but just missed.

Daryl Deino has been a technology enthusiast since 1995 and has written for several newspapers and technology sites. Please reach him at [email protected]
View all posts by Daryl →
This entry was posted in Review and tagged Sony. Bookmark the permalink.