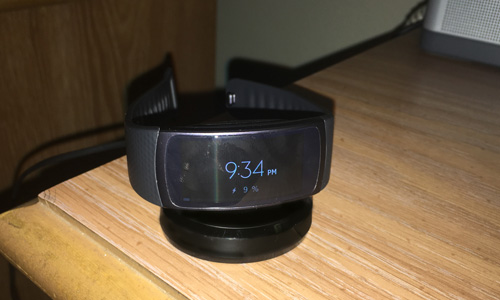 The Gear Fit2 is the best all-around fitness tracker.

When the Samsung Gear Fit came out in 2014, it was more proof to some that the Samsung brand was fading. Trusted Reviews not only chided the device for its poor battery life, but sleep tracking and data-logging issues (especially with S-Health) as well. Two years later, it looks like Samsung has a winner on its hands with the Gear Fit2, but how much does it matter?

First of all, the Gear Fit2 looks gorgeous, especially the narrow and curved AMOLED screen. It’s also lighter than smartwatches such as the Apple Watch or Samsung’s own Gear S2. And it also partially functions as a smartwatch as you get different types of notifications, though — at times — the notifications don’t pop up like they’re supposed to.

One thing I noticed that — unlike the Apple Watch — the Gear Fit2 really is scratch proof. I wore it while moving stuff from one apartment to another and constantly (accidentally) rubbing it against things, even some with sharp edges. So far, there has not been one noticeable scratch. 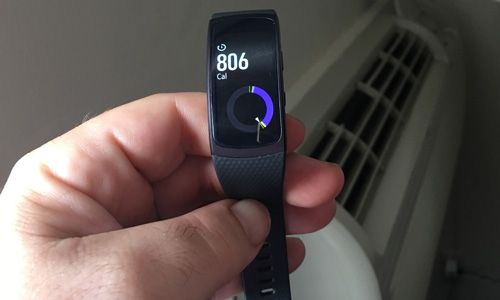 The Samsung Gear Fit2 accurately tracks the calories you have burned.

As an exercise tracker, the Gear Fit2 works well and does so consistently. If you count 100 steps that you take, the Fit2 will count either the same amount or very close to it. The best thing about the Gear Fit2′s tracker is that it knows when you are doing a certain type of exercise activity: walking, running, biking, hiking, or even doing squats. You’ll be amazed on how accurate it is. However, when I used the Stepmaster machine at 24 Hour Fitness (the one with the two pedals, not the actual steps), it read it as running.

Like the sleep tracking on the first Gear Fit, I found it to be almost useless on the Gear Fit2. Because I move a lot while I am sleeping, the Fit2 thinks I am awake. Perhaps I need to use it more and experience it with the settings. Otherwise, it has been a lot more convenient for me to just take it off when I go to sleep at night.

The Gear Fit2 is an excellent value for $179.99 and is the best fitness tracker I’ve used. However, for just $20 to $50 more, you can get the Samsung Gear S2 smartwatch, which works as a fitness tracker as well. More importantly, the Apple Watch 2 and the Gear S3 smartwatches, which are said to be major improvements over previous versions, should arrive soon. For now, however, I can safely recommend the Gear Fit2 with two thumbs up!

Daryl Deino has been a technology enthusiast since 1995 and has written for several newspapers and technology sites. Please reach him at [email protected]
View all posts by Daryl →
This entry was posted in Review and tagged Apple Watch, Samsung Gear Fit2, Samsung Gear S2. Bookmark the permalink.