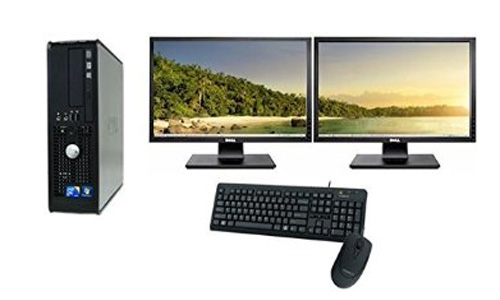 The desktop computer still has many advantages over a laptop.

Until this weekend, I hadn’t owned a desktop computer since 2006. Since I move around a lot, there was absolutely no need to. The reason I (as well as others) used to own both a desktop and a laptop was because laptops were never as powerful.

By 2009, laptops had more than enough power for 90 percent of PC users. The only exception would be heavy gamers or people who did intense video editing, which one can still do on a laptop. Desktop system sales hit a huge slump by the end of the decade and are practically on death row. But as I learned the past five days, even the most heavy laptop user, like myself, can still appreciate a desktop. 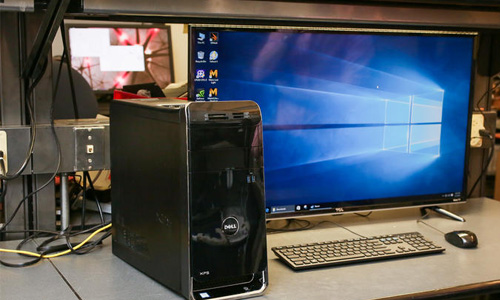 I bought the HTC Vive this weekend (knowing I have a 30-day return period) and even though my Surface Book has a dedicated GPU, it wasn’t powerful enough to run it. So, I splurged (knowing I have a 14-day return period) on a Dell XPS 8900 desktop system. Needless to say, having a big desktop system, which I use my television as a monitor for, has been sort of a pleasure.

One of the biggest pitfalls about a laptop is always worrying about how much battery life you have left. You don’t have to worry about this with a desktop. Some laptops don’t live up to the power of their CPUs because some of the performance is being cut in order to save battery life.

Most laptops have just a couple of ports and don’t have room for expansion. My Dell has six USB-3 ports, three HDMI ports, three display ports, and just about everything else. I don’t have to worry about buying any type of adapter. In addition, there are open ports where I can add more RAM, a better processor, and even an upgraded GPU if I ever need it.

Setting up multiple monitors is extremely easy with a desktop PC that has a decent graphics card. You don’t need to worry about adapters, docking stations, etc. A nice desktop monitor also offers a nicer viewing experience than a laptop.

I might not own my Dell XPS 8900 two weeks for now, but it’s been a pleasure using it. If you ever get a desktop PC again, you may find yourself wanting to keep it as well.

Daryl Deino has been a technology enthusiast since 1995 and has written for several newspapers and technology sites. Please reach him at [email protected]
View all posts by Daryl →
This entry was posted in Review and tagged Dell XPS 13, Desktop, HTC Vive. Bookmark the permalink.