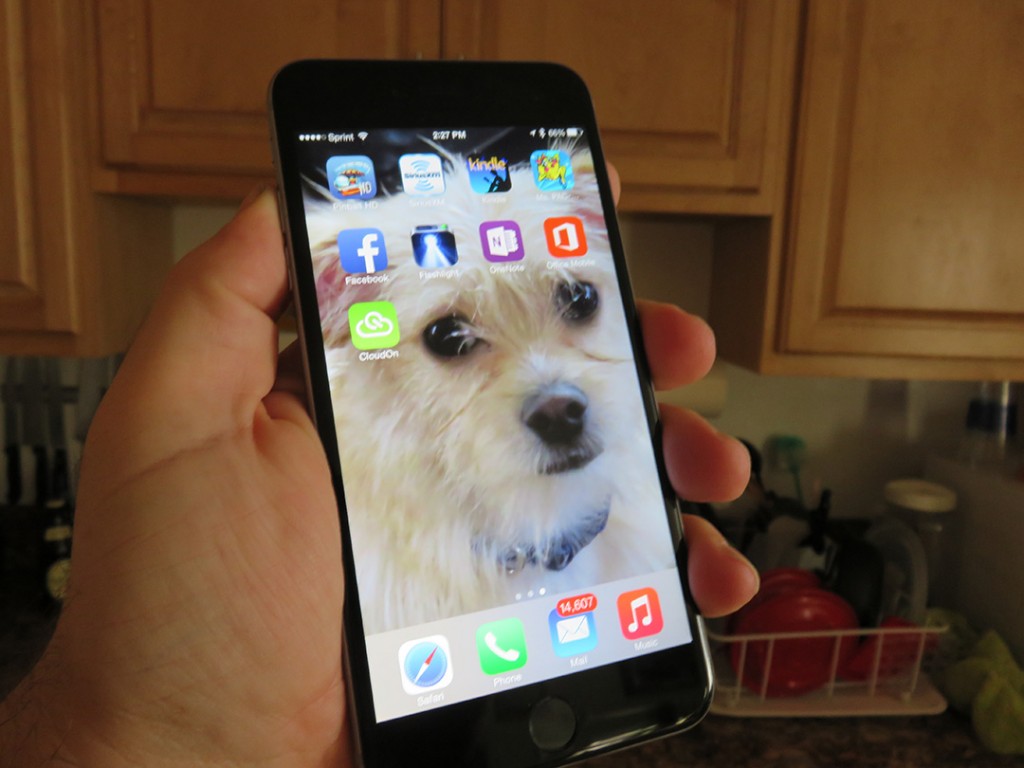 In a previous article, I compared some aspects of the iPhone 6 Plus and Galaxy S6 Edge: build and design, screen quality, performance and software. In this article, I will compare other important aspects of both phones.

The iPhone 6 Plus screen is beautiful for watching movies. In some ways, the LCD screen is more eye-catching than the AMOLED screen of the Galaxy S6 Edge, even though it has less pixel density. In terms of listening to music, nothing beats the experience of the iPhone 6 Plus or other Apple products. There is an “oomph” to the music that isn’t present on other devices, even if they have better graphic equalizers.

The 8MP camera on the 6 Plus takes crisp and clear pictures. However, unlike the Galaxy S6 Edge, it only takes up to 1080p videos. To make things worse, the videos aren’t recorded in stereo sound.

The Galaxy S6 Edge screen makes watching movies an absolute pleasure. However, the AMOLED screen doesn’t produce colors as accurate as the iPhone 6 Plus does, no matter what mode you choose. In terms of music, Samsung fails once again if you are an audiophile. The Galaxy S6 Edge sounds like a decent music player, but you realize what you are missing once you use the iPhone 6 Plus.

The 16MP camera on the Galaxy S6 Edge is the best camera ever put on a smartphone. The pictures come as close to a high-end digital camera, especially when shooting in low-light atmospheres. The Galaxy S6 Edge also takes gorgeous 4K videos with very realistic stereo sound.

The winner: Galaxy S6 Edge — but it’s a tough choice! 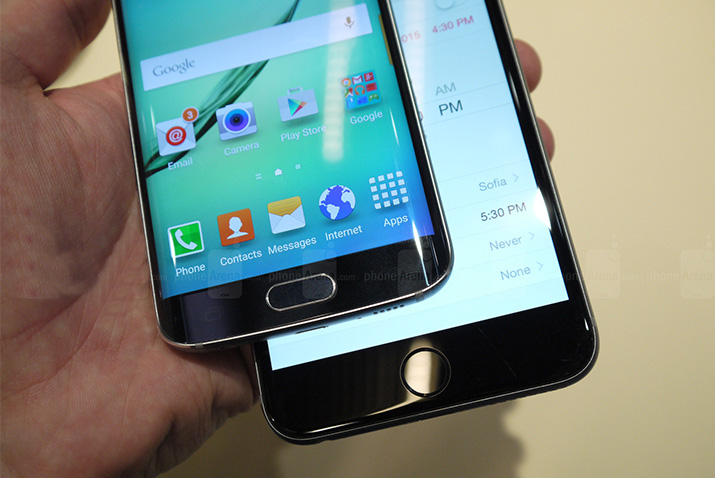 Choosing between the Galaxy S6 Edge and iPhone 6 Plus is tough.

I really like how the iPhone 6 Plus has the option to make calls on 4G, but use LTE for data. For some reason, there are numbers on the T-Mobile network that don’t work when you call with LTE enabled. It’s great not having to go back into the settings and switch networks every time I need to call one of these numbers.

The phone call quality on the Galaxy S6 Edge is also excellent, but I unfortunately have to go into the settings and change networks each time I want to call one of those strange phone numbers I talked about above. The calls produce a little more hiss than the iPhone, but not dangerously so.

The winner: iPhone 6 Plus

The iPhone 6 Plus finally becomes an iPhone you can use all day without having to recharge. One huge problem: Once the battery discharges, it takes a long time to recharge.

The winner: Samsung Galaxy S6 Edge — All because it charges completely three times faster than the 6 Plus does.

It’s a tough one. The hardware on the Galaxy S6 wins hands down. But if your depended on the iOS ecosystem, the iPhone 6 Plus is for you. However, I personally would go with the Galaxy S6 Edge, which represents the future of smartphone technology.

Daryl Deino has been a technology enthusiast since 1995 and has written for several newspapers and technology sites. Please reach him at [email protected]
View all posts by Daryl →
This entry was posted in Review and tagged Galaxy S6 Edge, iPhone 6 Plus. Bookmark the permalink.