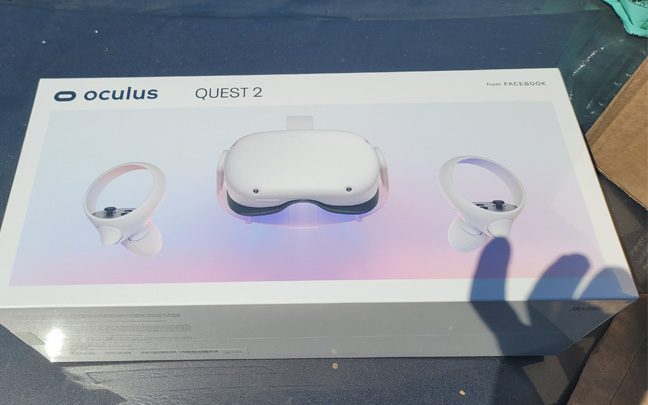 The Oculus Quest 2 is now available.

I’ve been using the Oculus Quest 2 for the past two days. I’m not quite ready to give a full review but wanted to give my initial impressions, which are mostly positive given that the headset goes for only $299 (64GB version).

Reminds Me of Gear VR

Remember the first Gear VR, which required a Samsung phone to operate? It felt cheaply built, but offered a groundbreaking experience, at least for 2014. The Quest 2 feels slightly cheap and plastic, but that doesn’t mean that it’s bad. It’s obvious that Facebook had to cut some minor corners in order to make the device more affordable. 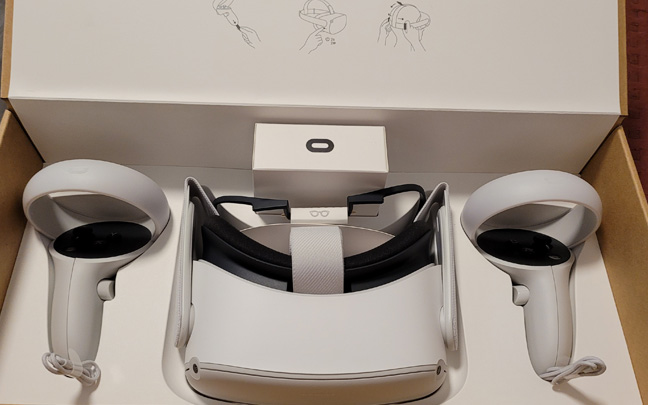 The new Quest feels a little cheaper than the previous one.

Finally! It’s taken several years, but Facebook has, at last, included a screen (1832×1920 pixel resolution per eye) that doesn’t look like there is a screen door put in front of it. In order to notice any screen door effect, you have to practically look for it.

Unfortunately, in order to cut costs, Samsung switched from an OLED screen to an LCD. It’s not that big of a deal, but the blacks aren’t as black as they are on the original Quest. Still, I’ll easily take the new Oculus screen; it just feels more immersive.

Many reviews are panning the new head strap, saying that it makes the headset feel heavier on your head than it should. I don’t have a problem with it. Overall, the headset does feel lighter. I wish I didn’t have to take the Quest 2 off in order to adjust the lenses (you have to actually push them rather than move a button), but otherwise it’s the most comfortable headset I’ve worn yet. 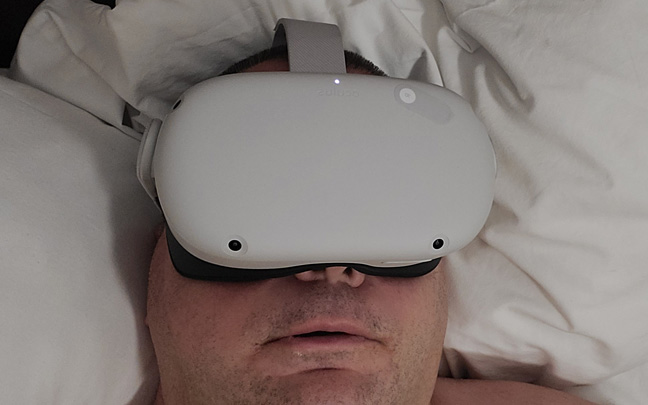 It may look weird, but the Quest 2 fits very comfortably.

Yes, in order to use the Oculus Quest 2, you have to sign in with a Facebook account. So, if you are one of the many who now has a locked account due to some political posting that offended someone you don’t even know, too bad.

Despite some minor shortcomings, the Oculus Quest 2 will continue to push VR into the mainstream. The cost is excellent, and the device is very portable and easy to set up. There will be a full review posted soon.

Daryl Deino has been a technology enthusiast since 1995 and has written for several newspapers and technology sites. Please reach him at [email protected]
View all posts by Daryl →
This entry was posted in Review and tagged Oculus Quest 2, VR. Bookmark the permalink.