The MacBook Pro will get a 16-inch screen update.

This blog gave the 2018 MacBook Pro a positive review. I don’t hate the Butterfly keyboard that Apple has implemented since 2015 as much as others do. However, there have been a lot of complaints and lawsuits regarding the keyboard. And, after using the HP Spectre X360 for the past several months, I don’t think I can go back to a compromised keyboard.

Apple has obviously been listening to its customers, and it appears that the next MacBook Pro will make some important changes. Mac Rumors has the news on the new 16-inch Pro.

According to the report, the keyboard isn’t the only thing Apple is improving. The 3,072 x 1920 pixel resolution display, made by LG, will be enclosed by very small bezels. The new Pro will be roughly the same overall size as the current 15-inch model. The new MacBook Pro is scheduled to be released in either September or October.

Meanwhile, the 13-inch MacBook Pro won’t see any refresh until 2020. And there are varying reports on whether or not the 16-inch Pro will permanently replace the 15-inch one. Still, the release of the new MacBook Pro this fall could be exactly what Apple needs. 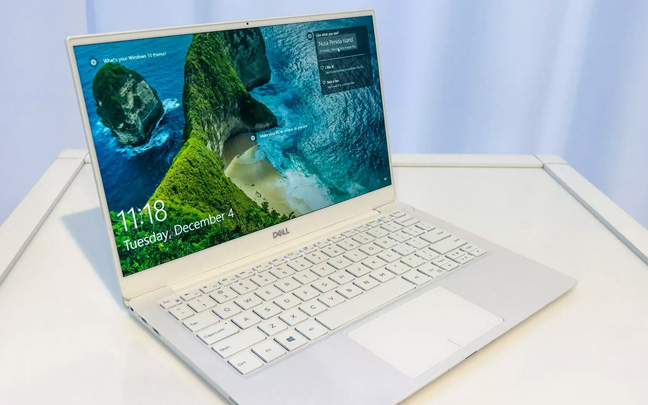 In the early part of the decade, Apple had a strong hold on the notebook market, even if they didn’t offer touchscreens. I remember walking into places like Starbucks and seeing most people with some version of the MacBook Pro or MacBook Air. By 2015, Dell was gaining traction with the XPS 13 and the XPS 15. Microsoft had a rough start with the Surface Pro, but it was considered a MacBook equivalent when the third version was released in 2014.

Apple had hopes of revitalizing its market share when the new 13 and 15-inch MacBook Pros were released in the fall of 2016. However, many people were disappointed and thought that Apple had compromised too much in order to make a much lighter notebook. I remember some people saying that Apple should have called their new notebooks MacBook Air Pros. They certainly had a point.

There are some who believe that Apple needs to match Microsoft and release a notebook with a touchscreen and digital pen. However, most Apple users just want a notebook that doesn’t feel like an overpriced compromise. Perhaps they’ll get their wish in the next couple of months.

Daryl Deino has been a technology enthusiast since 1995 and has written for several newspapers and technology sites. Please reach him at [email protected]
View all posts by Daryl →
This entry was posted in Tech News and tagged Apple, Dell, MacBook Pro, XPS 13. Bookmark the permalink.