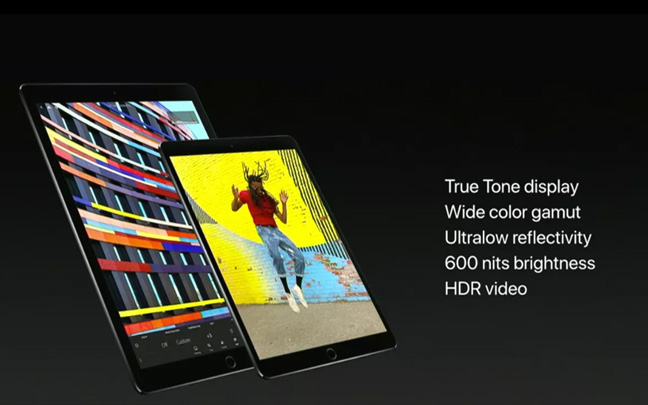 Most people yawned when Apple announced that they were coming out with an updated version of the iPad Pro. After all, tablet sales have been steadily decreasing over the years for Apple. This is because people have embraced the laptop/tablet hybrid, thanks to the Surface Pro. But it’s also because Apple now offers 5.5-inch versions of the iPhone. Starting in 2014, the iPhone 6 Plus took away  needs for some people to get a tablet.

This isn’t to say that Apple has ignored their tablets. Last year, Apple released the 9.7-inch version of the iPad Pro, and this blog referred to its Apple Pencil accessory as the best stylus on the market. The 2016 iPad Pro was the ultimate media machine. The main problem with the iPad Pro is that it still isn’t the laptop replacement Apple makes it out to be. If you are a heavy blogger, try replacing your laptop with the iPad Pro for a couple days and you’ll understand why.

The 2017 iPad Pro (which comes in 10.5-inch and 12.9-inch versions) supposedly blurs the lines between the tablet and laptop world. With iOS 11, the iPad now has file folders and a macOS style dock at the bottom. Multitasking is now easier as well. Now, all you have to do to get the best use out of the new iPad Pro is buy the new Smart Keyboard for $159 (last year’s was horrible) and an Apple Pencil for $100.

It’s hard to blame you if you are thinking about a Surface Pro or Samsung Galaxy Book at this point reading this article. But there is one feature of the new iPad Pro that might blow you away — its Retina screen has a 120Hz refresh rate. Just about every other tablet, smartphone, and laptop in existence has a 60Hz refresh rate. You’ll notice the difference when scrolling; it looks buttery smooth. The difference between 120Hz and 60Hz is comparable to the difference of 30fps and 60fps video, the latter being noticeably smoother. 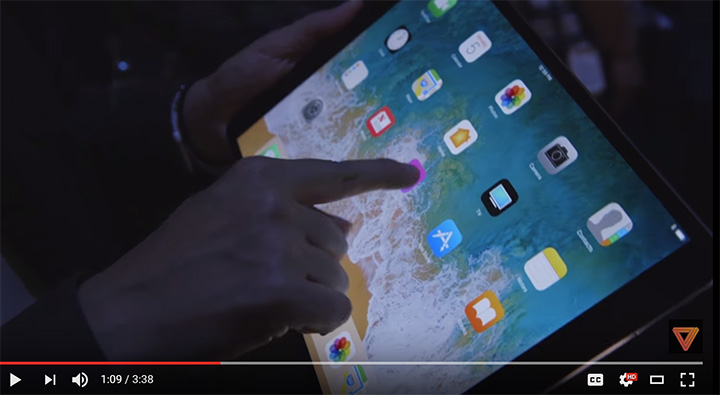 The new updated refresh rate is said to be most noticeable when using the Apple Pencil, and those who’ve tried it says it makes the note-taking experience feel more real than ever. Since the Apple Pencil experience on 2016′s iPad Pro is already just about perfect, it will be interesting to see how it works with the new iPad Pro in person.

So far, there hasn’t been any information on how the new refresh rate affects Netflix or Hulu videos, but the new iPad Pro could provide for an unparalleled media experience. The new iPad Pro doesn’t come out until Tuesday, and I can hardly wait to write a first impressions review.

Daryl Deino has been a technology enthusiast since 1995 and has written for several newspapers and technology sites. Please reach him at [email protected]
View all posts by Daryl →
This entry was posted in Tech News and tagged Apple Pencil, iPad Pro, Samsung Galaxy Book. Bookmark the permalink.