My Experience With Windows Mixed Reality Platform And Acer Headset 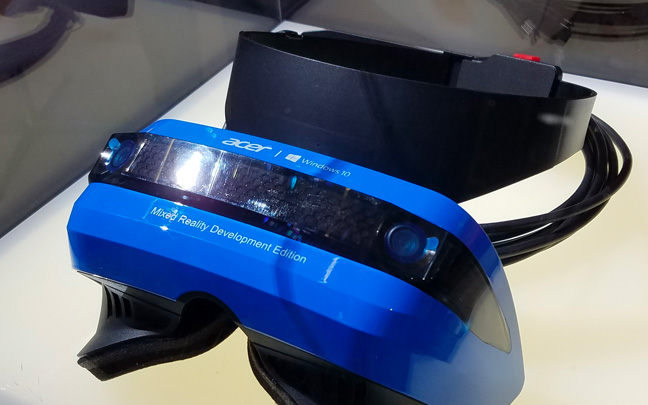 On Friday, I was able to get a 10 minute test ride with Acer’s new Windows Mixed Reality Headset (retail price is $399) using Microsoft’s new “mixed reality” platform. I put this in quotes because it’s just virtual reality. Microsoft claims that the platform is capable of augmented reality, but that “capable of” hasn’t turned into something tangible yet.

I was put in a physical game space that was all the way at the back of the store in a corner. The Acer headset was easy to put on, and the motion controllers worked well — very similar to how they work on the HTC Vive. My position was pretty well detected by the headset (without any huge motion tracking stations like previous VR headsets), and I didn’t bang into any walls. I wasn’t really worried; the Microsoft Store salesman was watching me very closely.

The screen door effect on the the Acer headset is still prominent as each eye views a 1440 x 1440 pixel resolution display. This resolution would be great on a smartphone display but not one that is right in front of your eye. Still, it wouldn’t matter if there was an exciting experience to make up for it. 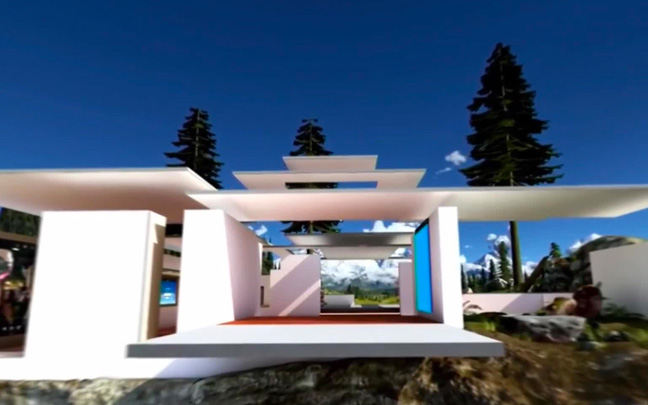 I was put in front of Microsoft’s virtual home, the “Cliff House.” Transforming to different parts of the house and interacting with different apps was pretty simple, especially since I am used to virtual reality. Still, I think someone new to VR would compliment the ease of use as well.

The motion controllers are bulky, and don’t always track well. Perhaps I put the left controller out of the field of view more than the right since I had more trouble with the left. When I made sure that both controllers were in front of me, they survived in the virtual world.

I chose the Halo: Recruit app on the wall. I was impressed with the graphics, but I noticed there was some latency (which caused dizziness). Perhaps the HP desktop PC the headset was connected to didn’t have a powerful enough graphics card. In any case, I had to say “enough” and take the headset off.

If I found anything more interesting about the Windows VR experience, I would have tried to play other games (which there aren’t many of yet) or even watch a video. But I was bored, disappointed that I was bored, and left the experience hoping that Samsung’s HDM Odyssey headset, released next month, provides a better experience.  For now, I don’t believe Microsoft’s new “mixed reality” platform will take off. And I hope I’m wrong.

Daryl Deino has been a technology enthusiast since 1995 and has written for several newspapers and technology sites. Please reach him at [email protected]
View all posts by Daryl →
This entry was posted in Review and tagged Acer Headset, VR, Windows Mixed Reality. Bookmark the permalink.