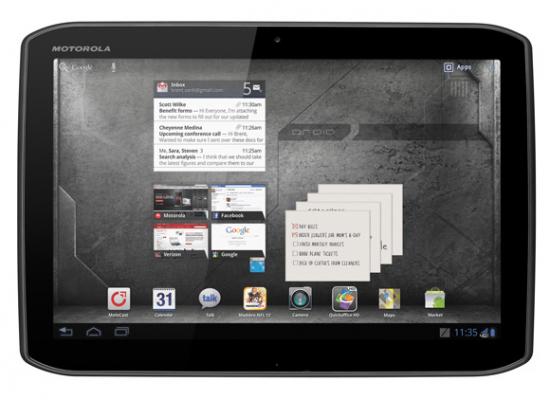 Motorola brought the Droid RAZA styling over to a new tablet line. This week it unveils its two newest entries in the tablet game, the Droid Xyboard 10.1 and Droid Xyboard 8.2.

Each tablet will come with a 1280×800 IPS display, 5-megapixel main camera and 1.3-megapixel front-facing camera, along with WiFi a/b/g/n and EVDO Rev.A/LTE. Initially the devices will come loaded with Android Honeycomb, but they will both be receiving over-the-air updates for Ice Cream Sandwich later in the new year. Both devices will come packed with 1.2-GHz dual-core processor, 1GB of RAM and will run on Verizon’s 4G LTE network. Check out the specs and pricing as follows:

Motorola says they will be hitting the street this month.