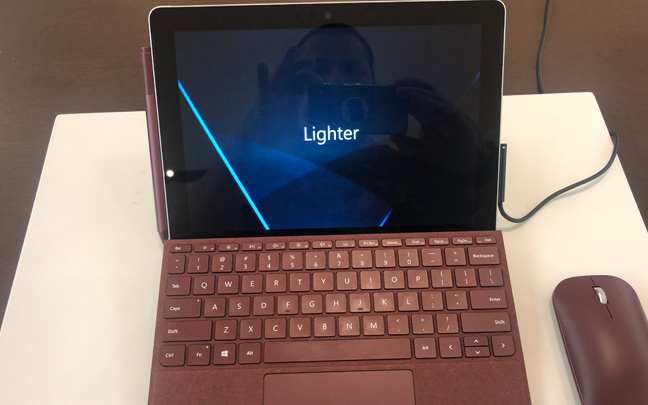 The Microsoft Surface Go is the first major disappointment in the Surface Lineup in years. It’s unfortunate. I was so excited to finally play around with the 10-inch device. I wanted to write how it is an iPad Pro killer and shows Apple you can put in a desktop operating system in a low-cost tablet and still make it work well.

The first thing I noticed about the Surface Go is that it reminds me of one of the failed Windows 8 tablet PCs from earlier in the decade. The bezels around the screen are huge, and the device feels flimsy — it definitely doesn’t have the premium build of the iPad. But I admit that the screen, which only has an 1800 x 1200 pixel resolution screen, looks good enough since it’s only a 10-inch screen.

Things don’t look so good when looking for the ports — the Surface Go only has one USB-C port (not Thunderbolt 3) and a headphone jack. Thankfully, there is a microSD slot for extra memory, which you may need — the base model ($399) only has 64GB of SSD storage. You would be better off getting the $549 version, which not only has 128GB of storage, but also 8GB of RAM. 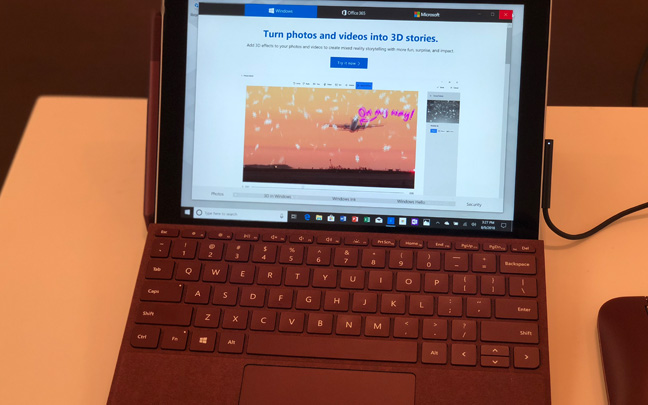 The Surface Go is painfully slow.

While browsing the web and doing some photo editing with the Surface Go, I noticed how painfully slow things are on the device. The Go is like the slow motion version of the Surface Pro. And that’s understandable since the device is meant to be used as secondary machine. But even as a secondary device, the Go’s slow Pentium processor can be troubling. You can load Photoshop on this, but that doesn’t mean that it will work well. Don’t even try to do any type of video editing.

Then, there is the Type Cover. After using the one for the Surface Pro, the Surface Go’s Type Cover (the cheapest costing $99) feels painful. It feels too cramped and gives you a “rubbery” feeling when pressing the keys. The Surface Go is at least powerful enough for typing documents. It’s too bad that the device Microsoft provides for this is bad for the job. 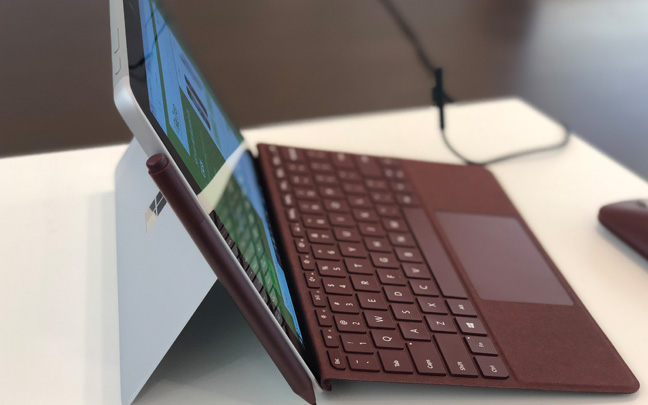 The Surface Go makes a lot of compromises.

Perhaps I’m not in the audience that the Surface Go is aiming for. Perhaps I’m being too hard, especially since the device is cheaper than the regular Surface Pro (but the cost adds up when adding the Type Cover and Surface Pen). But as someone who has consistently praised Microsoft for breaking new ground in their Surface line, I feel that for the first time in five years, Microsoft has really delivered a disappointing product.

Daryl Deino has been a technology enthusiast since 1995 and has written for several newspapers and technology sites. Please reach him at [email protected]
View all posts by Daryl →
This entry was posted in Review and tagged Microsoft Surface Go, Windows 8. Bookmark the permalink.