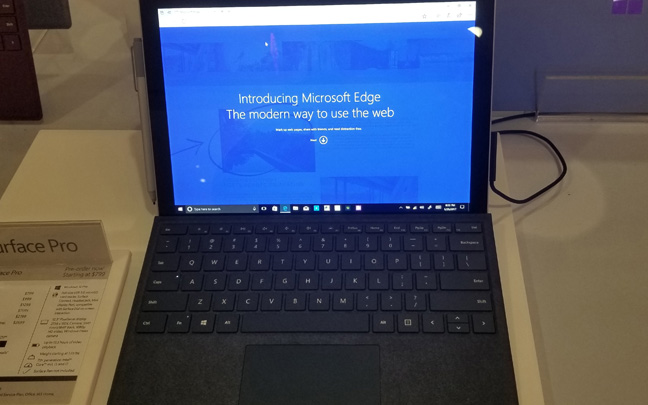 On Wednesday, Microsoft announced its new  Surface Pro. Microsoft’s Panos Panay was right when he claimed there was no such thing as the Surface Pro 5, but that’s because Microsoft took the number off. The new device is certainly an upgrade from the Surface Pro 4, even though you wouldn’t be able to tell from just looking at the new Pro.

As Forbes notes, there have been key improvements under the hood. The most important one is that the new Surface Pro now runs a 7th generation Kaby Lake processor. One can purchase higher-end units running either an Intel i5 or Intel i7 processor. Surprisingly, the i5 version, likely to be the most popular, will be without a fan, leading many to believe that the unit could get scorching hot. 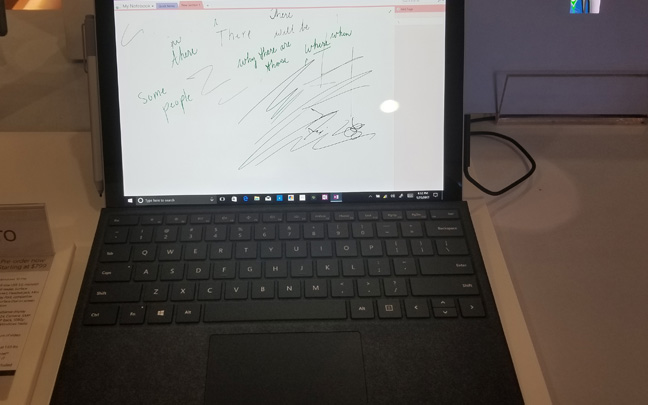 Note-taking on the new Surface Pro is a little smoother.

Another minor flaw with the Surface Pro 4 (and 3) is the Surface Pen, which creates jittery writing. Microsoft moved to N-Trig technology that allows them to prevent adding an extra layer to the screen that the Surface Pro 1 and 2 had. The main problem is that note-taking and drawing doesn’t feel natural, especially if you move the pen slowly.

I tested the new Surface Pro at the Microsoft Store with the SP4 pen (the new Surface Pen, which will be an optional purchase, isn’t on display at any stores yet). Surprisingly, the pen has less jitter than it did on the Pro 4, and that’s likely because Microsoft improved the digitizer. It will be interesting to see how the new Surface Pen works. Let’s hope it provides smooth writing and drawing that Surface Pro users have been asking for.

I barely noticed a difference between the new Surface Pro and the Surface Pro 4 just looking at the device and screen. There were a couple minor ones — the corners are more rounded and the screen displays colors slightly better. The contrast ratio, which is already good on the SP4, is also slightly better.

Daryl Deino has been a technology enthusiast since 1995 and has written for several newspapers and technology sites. Please reach him at [email protected]
View all posts by Daryl →
This entry was posted in Review, Tech News and tagged Samsung Galaxy Book, Surface Pro 5. Bookmark the permalink.