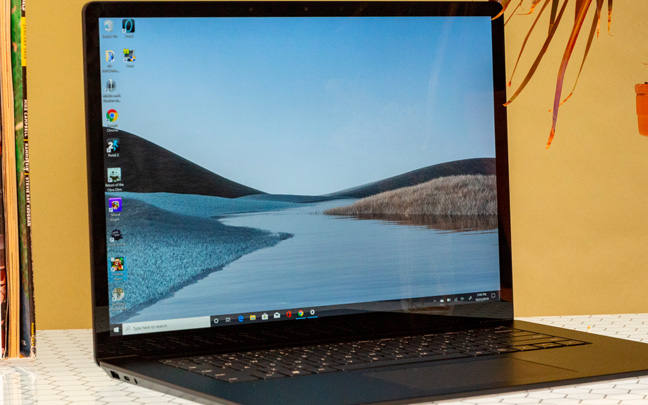 The Surface Laptop 4 is now available.

The Surface Laptop has been a favorite of critics since Microsoft first introduced the product in 2017. The one thing people have been complaining about, besides the lower-than-average resolution screen, is the battery life.

However, it appears that Microsoft has fixed the issue with their updated Surface Laptop 4 notebooks on both the 13-inch and 15-inch versions. For one thing, they both offer AMD processor variants. Although some consider the AMD chip somewhat outdated, it does offer a lot of battery life when compared to an Intel chip.

It appears that average battery life on the AMD versions easily outdoes the batter life on the Intel MacBook Pros (people have been reporting 11 hours on the 15-inch version and almost 13 on the 13-inch laptop.

The 15-inch unit, in particular, has received great reviews. Laptop Mag has given it four stars.

“Microsoft’s 15-inch Surface Laptop 4 with AMD is among the best laptops you can buy, bringing the performance and battery life missing from the previous model.”

Reviewer Phillip Tracy adds that the only downsides to the Laptop 4 are the fact that it only contains one USB-C port (non-Thunderbolt) and has relatively large bezels when compared to most of today’s laptops. 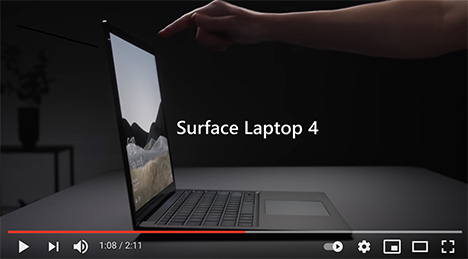 CNN‘s Michael Andronico claims the Surface Laptop 4 is one of the best-looking and feeling notebooks you can buy.

“The Surface Laptop 4 is more of a good thing. Like the Surface Laptop 3 before it, Microsoft’s latest flagship laptop looks great, has a vibrant and uniquely tall screen, and delivers one of the best typing experiences in the business.”

However, he also criticizes the battery life (despite others universally praising it), speakers, and 720p webcam. Overall, he believes the Surface Laptop 4 offers some advantages over the Dell XPS 13 or MacBook Pro 13.

PC World’s claims that the AMD Ryzen chip supports Microsoft’s claim that this 4th generation laptop is twice is fast as the 3rd generation version. However, most won’t notice the difference when doing everyday activities.

To be fair, any screen resolution above regular HD offers crisp enough text and images for most people. When looking at previous Surface Laptop devices, the resolution wasn’t a huge issue. Microsoft seems to have hit the hot spot with the new Surface Laptop 4, and we’ll have a first-impressions review very soon.

Daryl Deino has been a technology enthusiast since 1995 and has written for several newspapers and technology sites. Please reach him at [email protected]
View all posts by Daryl →
This entry was posted in Video and tagged laptops, Microsoft, Surface Laptop 4. Bookmark the permalink.