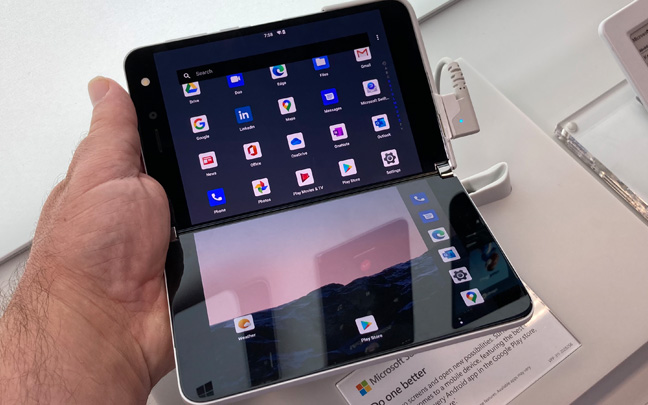 The Microsoft Surface Duo is now available for purchase.

Now, that respect is threatened with the new Surface Duo. It’s a phone that looks like it came straight out of 2012. Many technology writers have received their review units more than a week ago. Thank God I was not one of them. There is a reason why reviews have been embargoed until today, and the consensus says the Microsoft Surface Duo phone is awful. 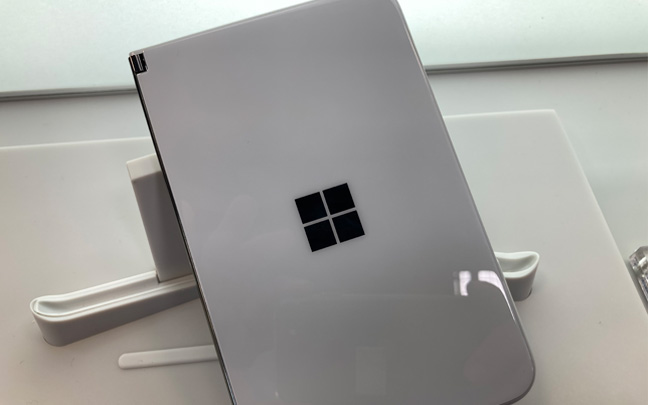 The Surface Duo is well built, but the overall user experience is bad.

I was able to play with the Surface Duo last week, and I really dreaded writing about it. But our readers have asked me what I think, so here it goes…

I will say that Microsoft’s new device feels thin, slick and premium. I love the way it folds apart when you open it, and the OLED screen does look rather nice. It reminds me of a small book, and with the stylus, it could be used as one of those smaller notebooks that people used to take notes in. I am trying to be nice here, but these are really the only nice things I can say.

When first opening the device, I had to remind myself that it costs $1399. Certainly, even though it’s pocketable, the Surface Duo doesn’t offer anything more than the less expensive (in some cases) Surface Pro. The much cheaper Surface Go even has more of a purpose. But even after I got over the “cool” part, I asked myself how this compares to something like the Galaxy Note Ultra, which is $150 less in most places. 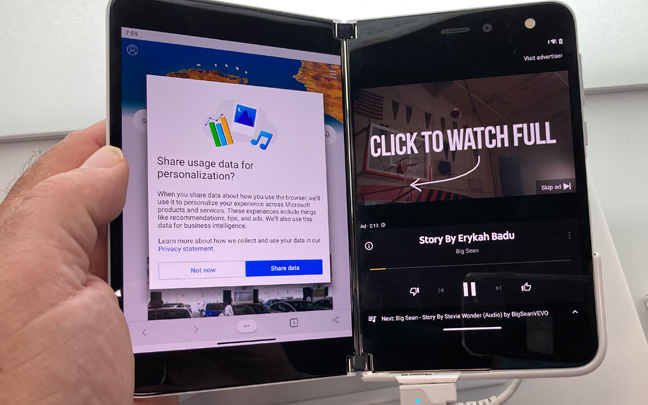 The software is the Duo's biggest problem.

The 11 (allegedly)MP camera is awful. The pictures reminded me of those from the Palm Treo devices straight out of 2005 in that they aren’t sharp, come out somewhat grainy, and the lighting is completely uneven. One could excuse these pictures in 2005 but not in 2020. The Galaxy Note 20 Ultra camera could take photos better than many actual digital cameras.

But one may argue that the Surface Duo is all about productivity, and the camera really is secondary. But when i tried the Android software, it just seemed very buggy. Despite having 6GB of RAM (which is a little too low for a $1,399 device), there was a delay in launching apps. I realize the Duo has last year’s Snapdragon processor, but I don’t recall any 2019 smartphone, Snapdragon processor or not, running this slowly. And I made sure no apps were running in the background.

To sum up my initial thoughts, the Surface Duo feels like two 2011 Android devices clamped together.  And I, as most others, would certainly take a single 2020 Android device over two completely outdated ones. The monstrous bezels even look ancient. I really don’t know what Microsoft was thinking. Let’s hope the next Duo knocks it out of the park so we can forget this nightmare.

Daryl Deino has been a technology enthusiast since 1995 and has written for several newspapers and technology sites. Please reach him at [email protected]
View all posts by Daryl →
This entry was posted in Review and tagged Microsoft Surface Duo, smartphones. Bookmark the permalink.