Life Without The Apple And Samsung Galaxy Watches 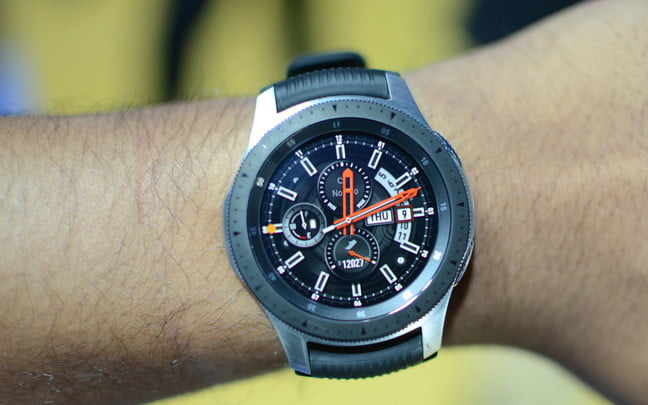 I did it folks. I sold my 46mm Samsung Galaxy Watch this past weekend. Not only could I use the money, but I didn’t find myself even using the watch that much. Don’t get me wrong — the Galaxy Watch is a really good device that compares with the Apple Watch Series 4. I sold my Watch 4 last March since I moved back to the Samsung ecosystem.

I’ve always defended smartwatches for their convenience. Whenever I got a message, it was easier to turn my wrist and look at it on my smartwatch rather than dig my phone out. I loved tracking my exercise on the watches (though both Apple and Samsung differ widely in that aspect) and could even do it while I was under water.

However, is the convenience really necessary? I wrestled with that question after I misplaced my Galaxy Watch (it actually fell under the car seat cover) and lived without it. As a matter of fact, it felt so good not worrying if yet another device of mine was charged or not. And it was great carrying one less wire and charge port in my bag. I did have to take my phone out more to read messages, but my eyes appreciated not having to squint at the small screen of a smartwatch.

I also thought about other things as my Samsung Galaxy Watch went (temporarily) missing. Did having an exercise tracker really ever help me lose weight? NO! Was the exercise tracker on both watches accurate? NO! Come on, exercise fanatics — when did any smartwatch accurately track exercise? Some are getting better, but they have a long way to go.

Exercise trackers still have a way to go.

I’m not trying to discourage anybody from getting a smartwatch. They are more helpful than hurtful. They look nice and offer a lot more than regular watches. But before you let another device take over your digital dependence, you have to ask if it is really worth it. After four years, I found out the answer by mistake, and I don’t miss my smartwatch one single bit.

Daryl Deino has been a technology enthusiast since 1995 and has written for several newspapers and technology sites. Please reach him at [email protected]
View all posts by Daryl →
This entry was posted in Tech News and tagged Apple Samsung Smartwatch, Apple Watch, Samsung Galaxy Watch. Bookmark the permalink.