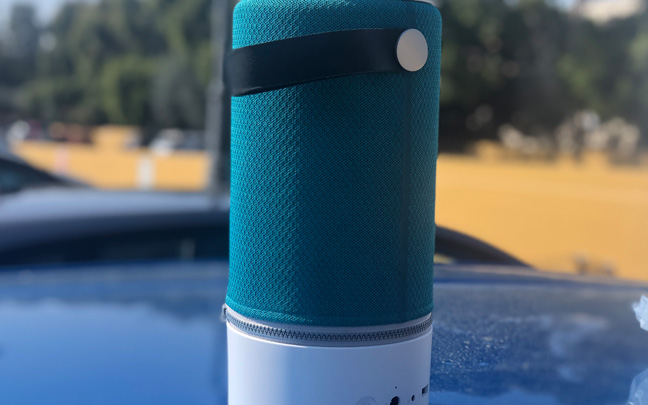 A couple weeks back, I indicated that the Libratone Zipp looked (and sounded) tempting. I gave into my temptations and purchased the $300 speaker, and I don’t regret it. It has become my go-to device at home and in my car.

Some may think it’s crazy to use a portable AirPlay-enabled speaker (it’s also compatible with Amazon’s Alexa, Spotify Connect, and other services) for my car, especially since the car has decent stereo speakers. But the sound that comes out of the Libratone Zipp travels with me better than the full car stereo system .

In my short time with the speaker in my previous article, I said I was fascinated, but not completely thrilled, with the Zipp’s sound. Using it for three weeks proves that initial impressions are sometimes downright wrong.

While the Zipp doesn’t have as strong bass as some other smart speakers, it has the most natural-sounding bass. The bass kicks in very well and pushes your eardrums, but doesn’t torture them. The best part about it is that there is a noticeable separation between the high, low, and mid ranges. Here’s a clip of me playing Katy Perry’s “Dark Horse” with the Zipp. It’s not the best song, but it demonstrates the natural-sounding bass of the speaker. 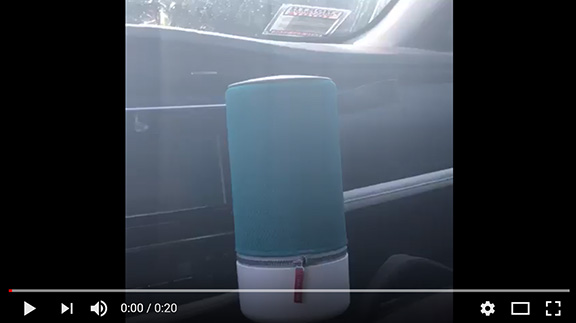 The controls aren’t simple, but they become easier with use. I still don’t like circling a button with my finger to turn the volume up or down since I sometimes turn it up too much and same with the other way around. The Wi-Fi connection (I use my Galaxy Note 8 hotspot) is great and has rarely disconnected. You have to wait about 20 seconds though for the Zipp to make a full connection, and that can be annoying.

I had a very difficult time attaching Libratone’s speaker to my dashboard (I tried all sorts of methods), but at three pounds, it’s just too heavy. So, I leave it on the passenger’s seat, but the sound still fills up the car. I haven’t had a passenger since getting the Zipp, so I don’t know where I’ll put it once I do. 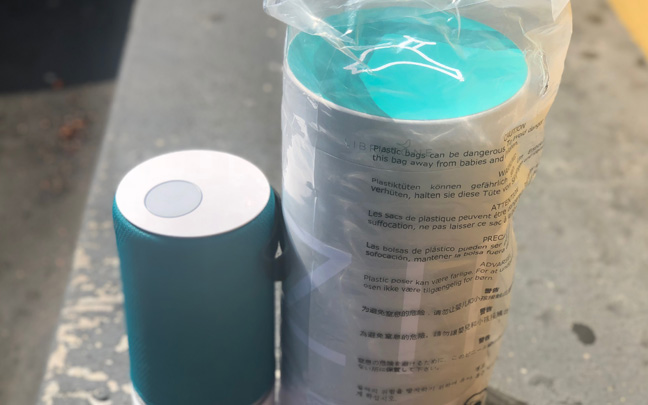 The Libratone Zipp comes in some really exquisite packaging.

I have to charge the Zipp once every two days, but I’m not upset. After all, the Zipp is one of the only rare battery-operated smart speakers available. It’s hard to believe that other manufacturers have not seen a market for a battery-operated speaker, but that will change soon.

I was considering buying another Zipp in a few more months to pair with my current one. This would provide stereo sound. However, I may not actually need it since the sound on just one speaker is more than adequate. It’s a shame more people don’t know more about the Zipp; otherwise, it would sell incredibly well. In terms of value, the Libratone Zipp is the best smart speaker on the market.

Daryl Deino has been a technology enthusiast since 1995 and has written for several newspapers and technology sites. Please reach him at [email protected]
View all posts by Daryl →
This entry was posted in Review and tagged Libratone Zipp, smart speaker. Bookmark the permalink.