LG Nexus 5 Rumours – Is Google’s Next-Gen Phone on the Way? 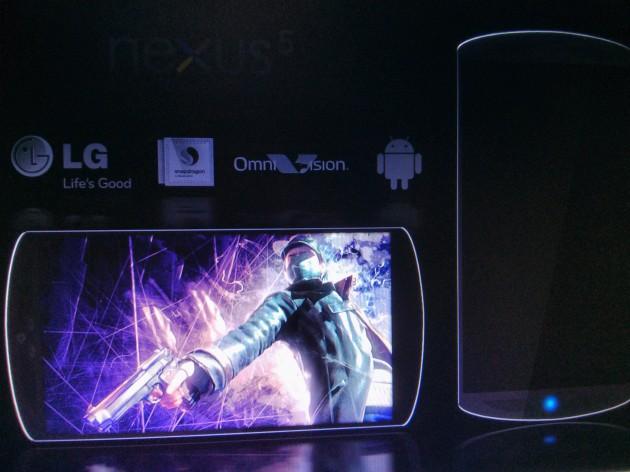 Android and Me claims to have received some shots of what looks to be a prototype of the next Google phone from an anonymous source claiming to work for Google. It says Google plans to release a Nexus 5 phone around October of this year, and is currently evaluating prototype from multiple manufacturers, including one from LG code-named “Megalodon.”

There are some of pretty cool and fancy Android phones released in the last couple of weeks. First there was the Sony Xperia Z – powerful, gorgeous, and then it’s waterproof and drop-proof. Then the HTC One, with a revolutionary camera and an all-aluminium body. And then it is Samsung’s new Android flagship, the Galaxy S4.

So that should be one of the reasons that some insanely awesome specs for what’s purported to be Google’s next Nexus phone by LG just leaked out less than 48 hours after the introduction of Samsung Galaxy S4.

Here’s the drool-worthy list of rumored specs for the Megalodon:

The Nexus 5 specs are absolutely top-shelf even when compared to today’s flagship
powerhouses. That seems too good to be true, but there’s nothing wrong with setting expectations high if we ever want to see the next revolutionary device. The launch of the Nexus 4 was plagued with availability issues. Hopefully LG will solve the production issues, and prove that they’re capable of delivering a low-cost handset that is way ahead of the competition. Also hopefully Google will release some official info on this monster of a phone at their I/O event in May.