Is T-Mobile Changing The Game Again With 30-Day ‘JUMP On Demand’ Plan?

I have to admit that five years ago, I thought I’d rather be dead than be a T-Mobile subscriber. But things changed — their network became faster, they offered better phones, and they have the best deals out of all the carriers.

One thing in particular that made me decide to switch was a new plan called “JUMP on Demand,” which, back in 2013, allowed you to make monthly payments on a phone, exchange your phone for a new one at any time, and keep making payments on the new phone. Of course, there were some downsides to this as most JUMP contracts required that you had paid at least $400 on your current phone before you exchange it.

But there is a catch to this; you still have to pay full taxes and make a down payment on a new smartphone. For example, let’s say you exchange your iPhone 7 for a Galaxy s8+. Since the full price of the phone is $840, you could have to pay $84 right away, depending on where you live. Then, there are other “charges.” One year ago, when I “jumped” from my Galaxy Note 5 to the Galaxy Note 7, I had to pay $218 off the bat. I sent my Galaxy Note 5 back in a package. 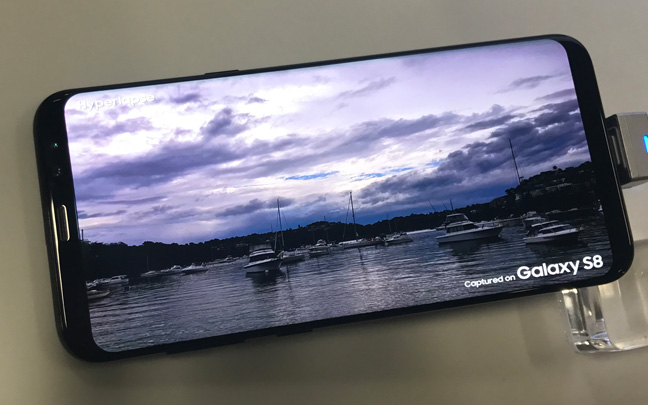 No matter what phone you choose in JUMP plan, you still have to make a pre-determined down payment.

The truth is that the JUMP plan is worth it for people who like to have the latest and the greatest, but it’s not as good as it sounds. Still, T-Mobile will no doubt be racking in the new customers now that they have upgraded their JUMP plan to include exchanged as soon as 30 days.

The new plan requires you to sign an 18-month agreement with T-Mobile. And this JUMP plan, unlike previous ones, doesn’t include insurance, which can be added within 14 days of signing up for the plan.

There seems to be some confusion with the reps that were checked with for this article. Some are saying that the plan is for low-end phones (not iPhone, Galaxy S8, etc.), but others are saying it can be any phone. However, even though you can change within 30 days, you can still only “jump” three times a year. Of course, it’s hard to figure out why anybody would want to change phones over three times a year.

If you are the type that can never decide whether you want to keep your new phone or not, you can always keep buying a new phone from T-Mobile and exchange it within 15 days. Of course, you will have to pay a restocking fee each time. And this method may take a little too much time, given that you have to erase your old phone and restore all of your apps on your new phone.

I’ve contacted T-Mobile to see if they can finalize  exactly what this plan entitles you to, and will update the article. It will be interesting to see how the other carriers follow T-Mobile with this new plan.

Daryl Deino has been a technology enthusiast since 1995 and has written for several newspapers and technology sites. Please reach him at [email protected]
View all posts by Daryl →
This entry was posted in Tech News and tagged Galaxy Note 8, JUMP, T-Mobile. Bookmark the permalink.