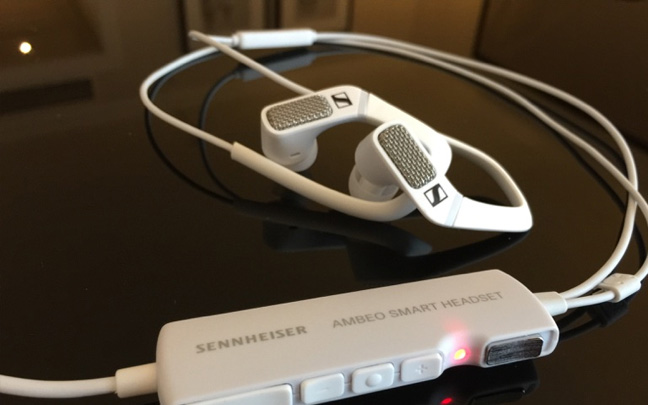 The coolest new gadget on the market?

I’ve covered headphones so much for this blog that I thought it would be okay to take a little break. But then, I noticed that Sennheiser has just released new headset, but these aren’t typical for any audio company.

The AMBEO Smart Headset, which is made for iOS devices, is basically for people who not only want to listen to music, but also want to shoot videos that have 3D stereo sound. They are not wireless headphones; instead, they come with a lighting port connector that skips the need for another annoying dongle.

Geoffrey Morrison of Forbes says the new AMBEO is his favorite headset of the year.

“So what are these things? Awesome, that’s what. Travelers, video bloggers, 3D audio lovers, I’m not sure what the exact Venn diagram is of people who would want/need these headphones. I have to assume it’s tiny, which makes it even more bizarre that they exist at all.”

It’s obvious that the AMBEO is a niche item, but it may not be as niche as one would think. There are a growing number of people who want stereo sound from their iOS videos. It’s quite ironic that Apple makes devices (especially the iPhone X) that take breathtaking video clips, but only output them in monaural quality. Samsung’s devices have taken videos with stereo sound since 2011. 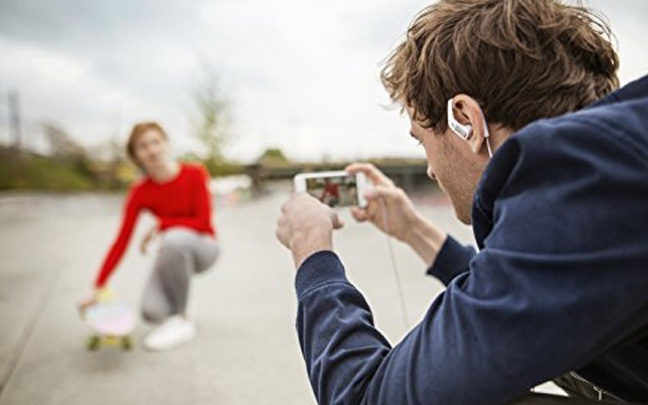 Sennheiser's niche headphones could break through to the mainstream.

The music listening experience may be a “besides the point” aspect of the AMBEO headphones, but it’s still considered to be pretty good. Sennheiser’s headset has active noise cancellation, which Nerd Techy claims isn’t the best compared to other brands, but still very good.

The site also claims that the sound quality is typical Sennheiser — in other words, great. But other sites have claimed that the audio quality is slightly lacking. There is an equalizer in the Sennheiser app required to use these headphones, so perhaps that can influence the sound quality. However, these headphones obviously aren’t made for bass lovers.

Sennheiser claims that they will make a version of the AMBEO headset for Android devices. However, it might not be that appealing since top Android devices by Samsung, Google, and HTC already record excellent stereo sound alone or with videos. But Sennheiser is certainly onto something with these headphones, which may find a larger audience in the near future.

Daryl Deino has been a technology enthusiast since 1995 and has written for several newspapers and technology sites. Please reach him at [email protected]
View all posts by Daryl →
This entry was posted in Tech News and tagged iPhone X, Sennheiser AMBEO Smart Headset. Bookmark the permalink.