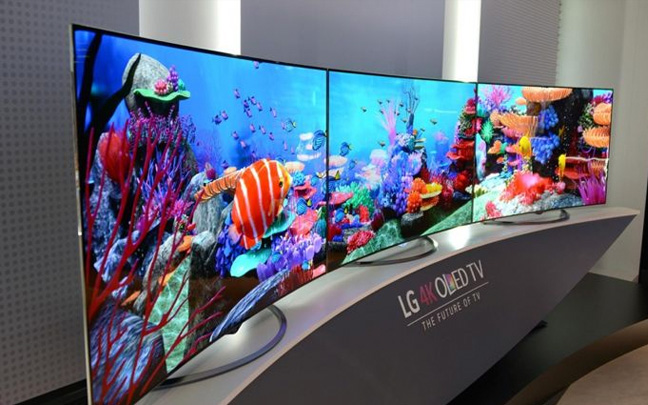 4K TVs are now mainstream due to prices coming way down, even though there is still a lack of 4K content. The next big thing is television screens with OLED technology. As CNET describes, OLED stands for Organic Light Emitting Diode. Each individual pixel in an OLED display is composed of a material that glows when you jab it with electricity.

You’ve seen the OLED display on Samsung smartphones such as the amazing display on the new Galaxy S8+. Compared to the LED screen on the iPhone 7, the colors are sharper, and the contrast ratio is much better. When an OLED screen turns black, it appears that the device you are using is actually off.

So, if you think your 6-inch OLED screen (Samsung refers to it as a “Super AMOLED” screen) on your Galaxy S8+ looks good, wait to you see an OLED screen that is 10X larger. Stores such as Fry’s Electronics and Best Buy have OLED TVs on display, although the cost is astronomically high. The cheapest OLED TV at Best Buy is a 55-inch one from LG, which costs $2,299.99. Seeing it in person will make you wish you were rich enough to take it home.

One of the main misconceptions about OLED televisions is that they don’t have dead pixels. That is completely untrue, but there is less of a chance your OLED TV will have a dead pixel than your LCD television will. However, image burn-in — where a ghost image of a picture stays long after the content changes — has been an issue. There have been a lot of complaints on Reddit concerning OLED burn-in on both phones and television screens. 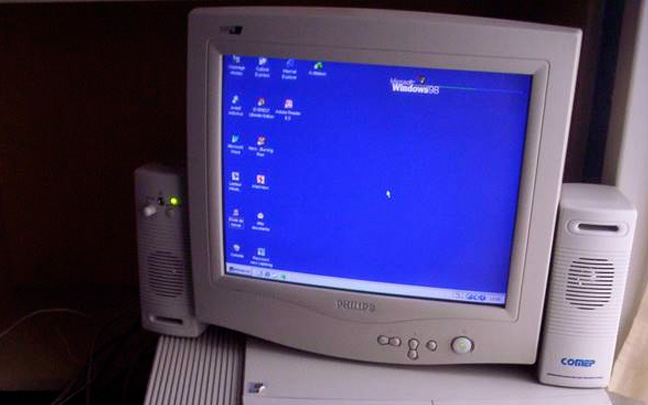 OLED displays can produce ghosting images like computer monitors in the 1990s did.

The type of burn-in is similar to the old computer monitors used in the 1990s. Remember when you needed a screen saver to prevent this? Keeping one picture on a screen would cause, at times, a permanent ghosting image of that picture. Just as the screen saver helped with the monitor, changing images on an OLED screen will help as well. In other words, don’t leave the Home screen on when charging your Galaxy S8 or other smartphone that uses OLED technology. You’re better off making sure the settings allow the display to be turned off after two (or even five) minutes.

OLED screens aren’t only taking over television sets and smartphones, they are taking over laptops as well. Samsung’s answer to the Surface Pro 4, the Galaxy Book, has a 12-inch OLED (Super AMOLED) screen. The popular (and mighty expensive) Lenovo ThinkPad X1 has an OLED screen as well. Within the next couple of years, it’s possible that LCD and LED screens will all be replaced with OLED screens. Just be prepared to pay the extra price tag.

Daryl Deino has been a technology enthusiast since 1995 and has written for several newspapers and technology sites. Please reach him at [email protected]
View all posts by Daryl →
This entry was posted in Tech News and tagged LG, OLED, OLED Television, Samsung Galaxy S8, Super AMOLED. Bookmark the permalink.