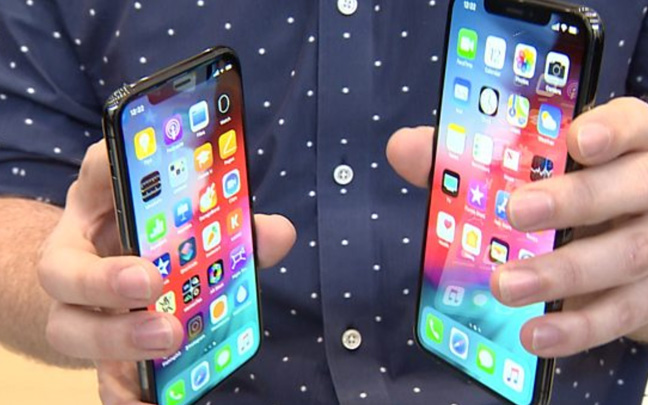 What is being called the biggest iPhone announcement in years happened today. The Verge has the news.

“Apple has announced its next generation of iPhones, and one of them is by far the biggest iPhone yet. The two new models are called the iPhone XS and iPhone XS Max. They look almost identical to their predecessor…”

The article adds that there are some differences: Both phones are available in gold (unlike 2017), and that the XS Max is gigantic with a 6.5-inch screen. (The regular iPhone XS has a 5.8-inch screen like 2017′s iPhone X). Then, there’s the lower-cost iPhone XR, but it’s really not a major device and will certainly be ignored when compared to the two other models.

The OLED displays on both XS phones are said to have a better dynamic range. Apple also added in wider stereo sound from the speakers, even though the stereo speaker sound on the iPhone X is already great. As expected, Apple upgraded the processors in both phones. And both the front and rear cameras are said to be improved, even though the rear cameras don’t have three lenses like original “experts” predicted. 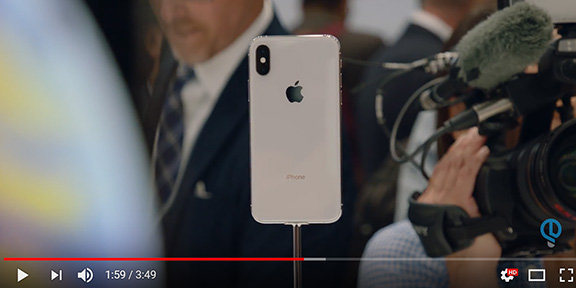 We should all be happy about this, right? Well, there is one glowing thing that is missing, and it’s surprising the media hasn’t made a bigger deal out of it — Apple Pencil support. How can Apple release a 6.5-inch device and not try to compete with the 6.4-inch Galaxy Note 9 that is known for its stylus support? Apple customers have asked for Apple Pencil support on the iPhone since 2015, when Apple released the iPad Pro with the new Pencil.

Well, perhaps there shouldn’t be that much of a surprise. A couple weeks back, Mac Rumors said there may not be support for the Pencil.

“‘Apple’s upcoming 2018 iPhone models will not support the Apple Pencil because it does not offer a “good user experience,’ according to respected Apple analyst Ming-Chi Kuo who shared the information in a note sent out to investors.”

Well, the one thing that may make up for all this is the fact that both phones will support a 120Hz refresh rate — the same one that has been available on the iPad Pro since June of 2017. This refresh rate is so good that it gives the illusion that your finger is stuck to the screen as you scroll. Everything is so fluid.

I’ll end up upgrading to the iPhone XS Max this month. But instead of being thrilled about it, I’m only passively excited. Unlike last year, I can’t say, “I just can’t wait till my new iPhone arrives!” Perhaps I’ll get more excited as the release date approaches.

Daryl Deino has been a technology enthusiast since 1995 and has written for several newspapers and technology sites. Please reach him at [email protected]
View all posts by Daryl →
This entry was posted in Tech News and tagged Apple, iPhone XS, iPhone XS Max. Bookmark the permalink.