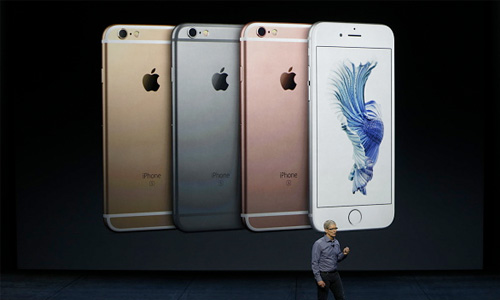 The iPhone 6s and 6s Plus come in several different colors.

iPhone 6s and 6s Plus preorders started on Saturday morning. CNET says there were some glitches with the online system.

“Apple had said preorders for its new device could begin as soon as a minute past midnight, Pacific Time. But many avenues for preordering the company’s newest devices — including Apple’s online store — were unavailable for some users for nearly an hour after preorders were slated to begin.”

If you tried to order through T-Mobile’s site, there were glitches as well. Fortunately, I was able to order mine over the phone. I called about 12:15 AM and a customer service representative came on at 12:30 AM. I ordered the iPhone 6s Plus 64GB gold version and asked her if I would risk having the delivery delayed because so many people wanted gold.

“Nope, the big one is the rose pedal gold this time around,” she said. The very nice and enthusiastic lady took all my information and told me I should have my phone on the 25th. This will be the first time since 2012 that I didn’t camp out for an iPhone — it’s become a tradition and a cultural event.

Despite the few glitches, things went well for most people. Twitter was full of people happy to have their iPhone 6s or 6s Plus preordered.

“That was easy! Pre-order complete! My new #iPhone6s has been ordered! Now the wait….,” tweeted Kevin Eaton.

“Well that was an easy preorder…almost too easy,” tweeted Briana Chanel.

If you didn’t preorder your iPhone 6s yet, you may want to wait in line for the release day. According to MacRumors, the shipping date has slipped by three weeks.

“Pre-order supplies of the iPhone 6s and the iPhone 6s Plus in the United States are starting to dwindle a bit since pre-orders kicked off at 12:01 a.m. Pacific Time, with several of the new iPhone models now displaying shipping estimates of 2-3 weeks.” 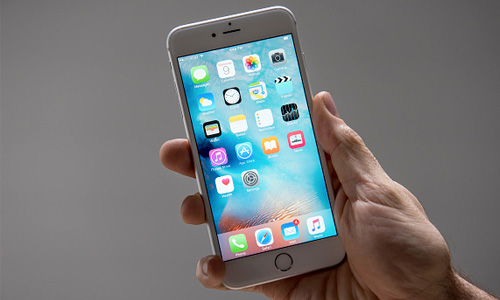 The screens on the new iPhone 6s and 6s Plus have not changed.

Keep in mind that this article was only written a couple hours after the iPhone went on sale. Models in the new rose gold color are the most heavily affected, particularly in the United States. You can bet that, like last year, Apple won’t initially release 100 percent of their stock; they love creating hype and love news reports about people camping out at Apple Store retail locations every night in hopes of getting an iPhone.

Am I excited? To be honest, not really. I will probably be excited a couple days before getting my iPhone 6s Plus shipped, but I am so disappointed in the fact that the iPhone 6s Plus will still have a 1080p screen. Since 2014, phablet-sized smartphones have contained Quad HD screens. This is a major issue and I’m surprised that Apple isn’t getting called out on this more.

Still, the new iPhone will have other exciting things that make up for the low screen resolution, including a 3D Touch-based screen and, finally, a camera that takes 4K videos. I will have a full review of the iPhone 6s (Plus version) when mine arrives in less than two weeks.

Daryl Deino has been a technology enthusiast since 1995 and has written for several newspapers and technology sites. Please reach him at [email protected]
View all posts by Daryl →
This entry was posted in Tech News and tagged Apple, iPhone 6s, iPhone 6s Plus. Bookmark the permalink.