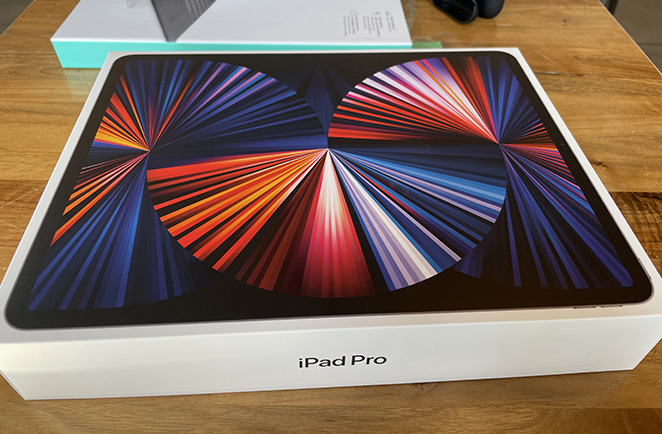 I’ve been working with the new 12.9-inch version of the iPad Pro for the past two days with the Logitech Combo Touch keyboard. I’ve experienced so much frustration because I really considered selling my 13-inch M1 MacBook Pro and replacing it with this new iPad. But I don’t think I could. Unfortunately, I don’t think anybody could.

First, let’s talk about the good things: The new 12.9-inch iPad Pro is the best tablet I’ve ever used. I thought using a 12.9-inch tablet would be uncomfortable, but it’s not. It’s certainly heavier than the 11-inch version but not enough to make it unportable. Oh, and that screen: It’s almost as vivid and full of contrast as Samsung’s OLED devices as well as Apple’s OLED iPhones.

There have been reports of “blooming,” which occurs when light leaks around high contrast areas. This especially happens when reading white text on a black screen. I can confirm that this blooming does exist, but I only notice it in very rare situations. I noticed it when I was in a completely dark hotel room late at night as well as when I was in my car at 9 p.m. In other words, it’s not a big deal. And the screen isn’t defective since this type of blooming is pretty normal for a Mini-LED screen. 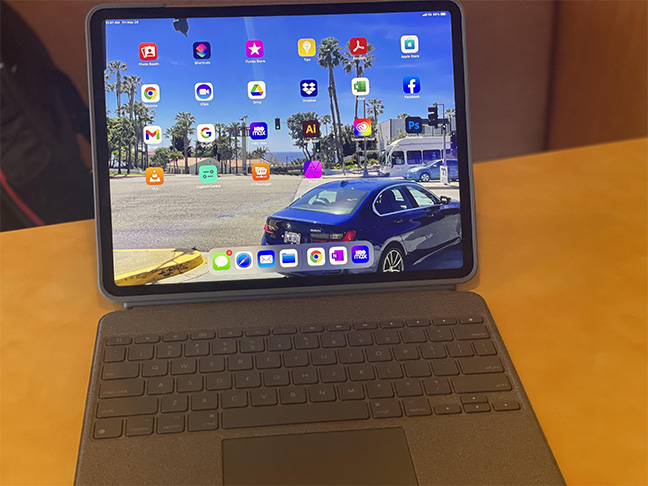 The iPad Pro 12.9 *looks* like the perfect laptop replacement.

Then, there’s the four-speaker audio that sounds lively and crisp. It was already good enough on the 11-inch version, but the 12.9-inch version brings audio quality to a new level. Listening to dance music on Spotify fills a small room with stereo sound and thumping bass. The only problem is that the audio gets somewhat distorted when volume is turned all the way up.

The iPad Pro 12.9 looks especially classy when you attach the Logitech Combo keyboard. Then, poof…your iPad is now a laptop. The Logitech keyboard makes it feel like your using Apple’s version of the Surface Pro. However, the hardware is superior to any Surface Pro in existence. Unfortunately, as much as you try and get around things, the software just isn’t up to par. 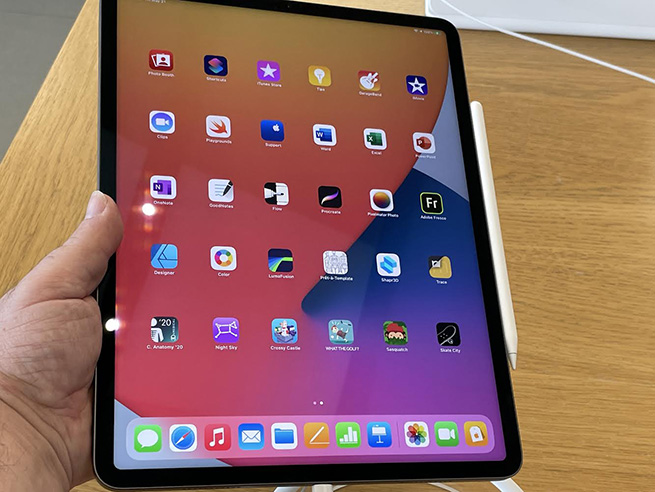 The 12.9-inch iPad Pro looks beautiful but causes some frustration.

I tried for three days to use my iPad Pro as my only device, and my excitement for the device turned into frustration. I’m glad that Adobe has released software titles such as Photoshop and Illustrator for the iPad, but they are subpar when compared to desktop versions. Even Microsoft Office on the iPad feels less than complete. Perhaps iPadOS 15 will change things, but the larger iPad still feels like a tablet — and that’s not always a bad thing.

Using the iPad Pro with the Apple Pencil while it sits on my lap is really enjoyable. Surfing the web with the smooth 120Hz screen is even more enjoyable. Then, there are the multimedia capabilities: You’ll like watching a video with the tablet close to your face as much as watching a television with a large screen. And despite being 1.5 pounds, the 12.9-inch iPad Pro really doesn’t feel that heavy.

In the end, however, I think I am going to eventually purchase the 11-inch version. Let’s face it — the 12.9′s screen isn’t that much better in most situations. And the more rectangular aspect ratio minimizes the black bar space, even if the blacks are a little gray. The 11-inch still has the same processor inside and the same great camera on the outside. In the end, the 12.9-inch iPad Pro is a powerful workhorse that can’t be fully utilized by iOS software — at least for now.

Daryl Deino has been a technology enthusiast since 1995 and has written for several newspapers and technology sites. Please reach him at [email protected]
View all posts by Daryl →
This entry was posted in Review and tagged iPad Pro, iPad Pro 2021. Bookmark the permalink.