I Bought The New MacBook, But Not At The Apple Store 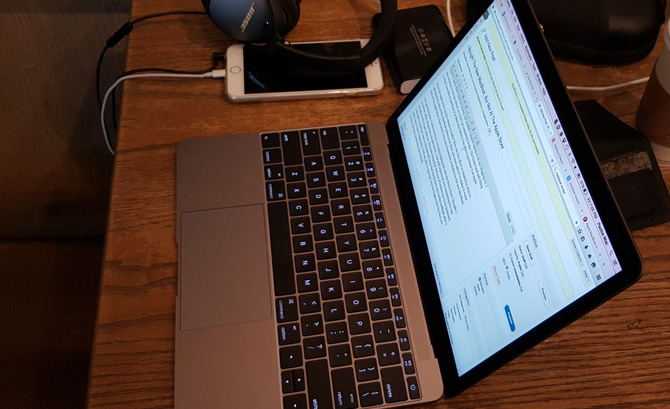 How did Apple screw up this release so badly? How can they allow a competitor store to sell physical units of the MacBook before even their own store sells it? It makes it worse that at the Apple Store, there aren’t even any accessories available for the new MacBook.

In a previous post, I indicated that I was more impressed with the device than I thought I would be. After using it for a couple hours,  I am still impressed, but wondering if it was actually worth $1440 with tax. The main thing that still sort of bothers me is the keyboard. I thought I would get used to the butterfly keys that barely have any tactile feedback after a while, but it hasn’t happened. I still am able to type fast, but my fingers feel like they are doing a lot more work than they should. 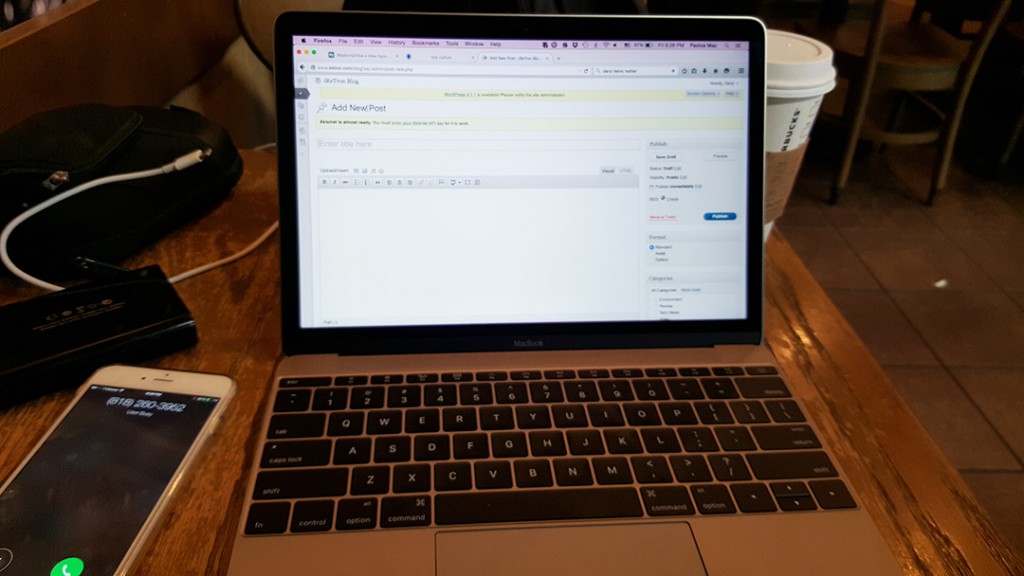 My MacBook At Starbucks

What I am really loving is even though this MacBook has a 1.1GHz Intel M processor, it doesn’t feel that much slower than my 2.2GHz Core i5 processor. You can really tell the difference when you use a program like Photoshop, which still works decently. You can also tell the difference when you run a lot of apps, even though the MacBook has 8GB RAM.

Perhaps the best part of the MacBook is the screen. Even though my 2012 13-Inch Retina MacBook Pro has the same resolution screen as the MacBook, the former produces a sharper picture with more vivid colors. Best of all, the speakers sound darn good for a device this small.

As I sit here at Starbucks typing out this blog, I am getting looks from people and it has nothing to do with my body; it’s my MacBook! One guy picked it up and was absolutely amazed on how light the device is. However, he wasn’t so amazed when I told him the price.

Will my MacBook last, or will it be returned when the honeymoon period is over with? If I keep my MacBook, will I sell my MacBook Pro? More to come soon — for now, I can’t get enough of my new MacBook toy!

Daryl Deino has been a technology enthusiast since 1995 and has written for several newspapers and technology sites. Please reach him at [email protected]
View all posts by Daryl →
This entry was posted in Review and tagged Apple, Macbook, MacBook Pro. Bookmark the permalink.