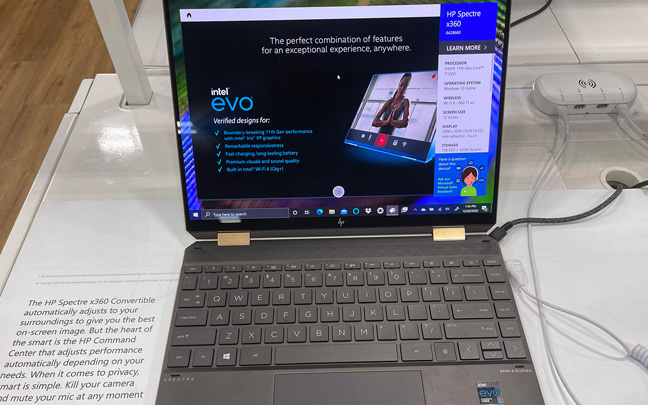 With the exception of the new MacBooks with the M1 chip, the laptop industry has been somewhat boring lately. There is one new laptop that caught my eye — the HP Spectre X 360 14, which is the 13.5-inch version of HP’s very popular Spectre series of laptops.

Earlier this year, I reviewed the OLED version of the early 2020 Spectre, which had a 13.3 inch screen with a 16:9 aspect ratio. It looked better on paper and video than it was in person. The biggest issue was that the OLED screen appeared almost too colorful for the eyes. I, like others, also thought that in 2020, a 13.3-inch screen is outdated. In regards to the former point, HP heard us.

The new 3:2 screen allows one to scroll more vertically. It’s also good for watching movies, although you’ll either have to stretch a video to the proper aspect ratio or watch with a black bar above and below. Neither is a bad option. If one is strictly buying a laptop to play movies, than a 13.3-inch screen is perfect. However, nobody is buying laptops solely for that purpose in 2020.

The OLED screen looks bright and beautiful. For some reason, it doesn’t bother my eyes like the last version did. The trouble could have been caused on my end. Did I have the brightness set too high? Was I looking at the screen too long? Either way, I am willing to give OLED screens on laptops another try.

The keyboard is very good. It produces more of a click than most other laptops, including the new MacBook Pros, and the key travel is decent. Luckily, the touchpad is a little bit larger than it was on the 13.3-inch version released earlier this year. The touchpad is very capable, but not as smooth as the one on the Surface Pro or the MacBook Pro. 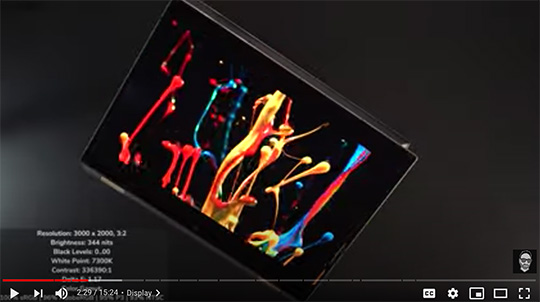 The new Spectre X360 weighs a little more than three pounds, but the weight is distributed evenly. However, in tablet mode, the Spectre doesn’t feel quite comfortable. It feels like it’s going to drop out of your hands easily. However, HP doesn’t advertise the computer as a tablet, and most buyers won’t use it much this way.

Another big difference is performance, thought I really didn’t have enough time to test everything out. The Spectre X360 now has an 11th gen Tiger Lake Core i7 processor. I tried editing a video and was shocked that such a small computer could do so much. The keyboard did turn quite warm though.

There are some drawbacks, with the biggest one being that the 720p webcam looks grainy. It’s even worse than the webcams on Apple’s notebooks. It seems as if HP’s webcams are still stuck in 2012. Normally, that wouldn’t be much of a deal breaker, but webcams have become very useful and important during this pandemic.

I was also disappointed about the sound quality from the speakers. It does have Bang & Olufsen quad speakers, but they sound tinny compared to some of the newer laptops. HP still beats Dell in this category, but falls way behind laptop speakers from Apple, Lenovo, or even Microsoft. The speakers aren’t really a deal breaker, but don’t expect a full satisfying audio experience.

Despite some drawbacks, the HP Spectre X360 14 is tough to beat if you are looking for a 2-in-1 and understand that it’s not meant to be used as a tablet most of the time. It’s a powerhouse laptop that offers a lot more than those in a similar price range.

Daryl Deino has been a technology enthusiast since 1995 and has written for several newspapers and technology sites. Please reach him at [email protected]
View all posts by Daryl →
This entry was posted in Review and tagged HP Spectre x360, MacBook Pro. Bookmark the permalink.