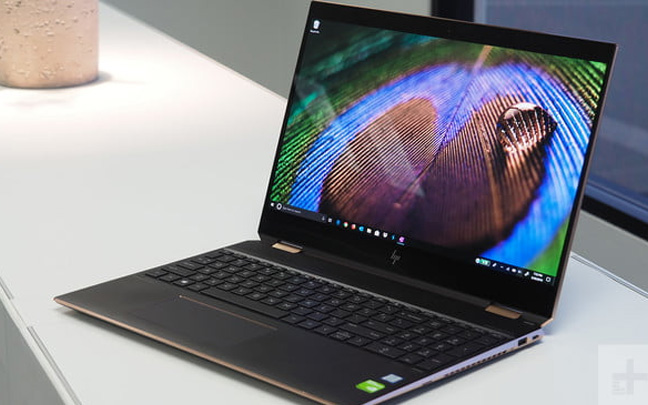 I was so excited to use the HP Spectre x360 OLED laptop for a couple days. Then, I was so happy to get rid of it that I forgot to take my own pictures, which I usually do for all the products I review.

Don’t get me wrong: It’s NOT a bad laptop. At $1599, the laptop not only includes a crisp 13.3-inch OLED screen, but 16GB of RAM, a 10th-generation Intel Core i7 processor, and a 1TB SSD. If Apple sold the same type of computer, it would easily be a thousand dollars more. And it is even smaller than the early 2019 version of the HP Spectre x360 that I reviewed last year.

Oh, and that keyboard. It’s perhaps the best keyboard I’ve used on a device in years, keeping in mind that I haven’t tried Apple’s new Magic Keyboard yet that is included on the new MacBook Pro and the just-released MacBook Air. And the trackpad finally includes Microsoft’s Precision drivers — the best for any windows device.

Unfortunately, there is trouble in Laptop Paradise. I was so excited about being able to work on a 13-inch OLED screen and watch movies. My eyes were prepared to be blown away, but the screen became hard to look at. An OLED screen might work on a 6.7-inch smartphone, but it’s overkill on a laptop. 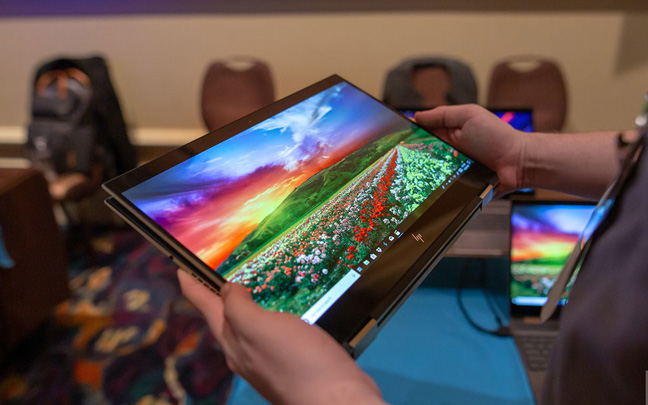 The OLED screen is bright, crisp, well saturated, and a little too much.

In order to get the colors to shine, the screen brightness had to be turned up. But the more the brightness was turned up, the more it hurt my eyes. Similar levels of brightness on LCD screens, including the one on the Surface Pro 7 that I’m working with now (more on that in the coming days), don’t bother my eyes as much. I did some research to find out that others have been saying the same thing.

The biggest problem with the OLED screen, however, is that it takes a hit on battery life. With brightness levels between 50 and 75 percent, the new x360 lasted me about five hours and forty minutes. That would be fine three years ago but not for 2020. My early 2019 version lasted at least seven hours on a single charge, sometimes more.

Besides decreased battery life, the speakers, which were amazing for a 13.3-inch device, have shrank on the new version as well. No longer can one hear the wide 3-D sound that the HP Spectre x360 13 is known for. The sound isn’t awful, but what’s a crisp screen without crisp sound?

It feels so good to work with a normal screen again and not have to worry about my charger being close. The new HP Spectre x360 13 OLED was a novel idea that just didn’t pan out the way it was supposed to.

Daryl Deino has been a technology enthusiast since 1995 and has written for several newspapers and technology sites. Please reach him at [email protected]
View all posts by Daryl →
This entry was posted in Review and tagged HP Spectre x360, laptops. Bookmark the permalink.