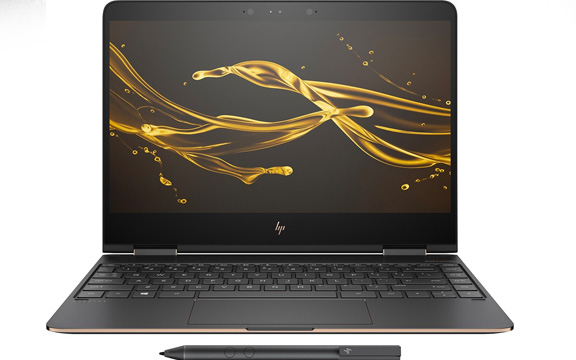 The late 2016 version of the HP Spectre x360 13.3-inch convertible is, perhaps, the most critically acclaimed ultrabook of last year. The Verge is just one of the sites that calls Spectre the best Windows laptop of 2016.

“The Spectre x360 is one of those rare laptops that takes all of the same parts as everyone else and combines them together into something greater than their sum. Perhaps it’s time that Dell, Lenovo, and even Apple started to take note.”

The article especially praises the thin design, the premium build, and great battery life. I have seen this at Best Buy and it really looks like a tempting laptop. However, there is just one problem — the 13.3-inch screen on the Spectre X360 is only full HD (1920 x 1080, 166 ppi). That would have been great three years ago, but now, most laptops have a higher resolution screen. Even the 13.3-inch MacBook Pro has a 2560 x 1600 (227 ppi) screen resolution, and some still consider that outdated. 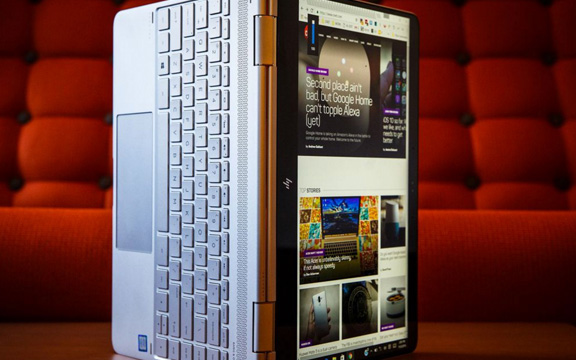 The late 2016 version of the HP Spectre x360 has received excellent reviews, but has one "visual" flaw.

HP says they only allowed a full HD screen in order to save battery life. However, if the relatively low resolution kept you away from the Spectre x360, there is good news: HP has just released a 4K version, and it is available at Best Buy. At $1599, it comes with 16GB RAM, a 512 SSD, and a 7th-generation Intel Core i7 processor. It also comes with a digital pen for note-taking.

If you don’t mind using Windows 10 (and you shouldn’t), the Spectre x360 could be an easy 13-inch MacBook Pro with Touch Bar killer. However, whereas the color accuracy is almost perfect on the MacBook Pro, the new Spectre is said to have a 66 percent color accuracy — not bad, but not great. If you don’t edit photos and need the exact color, it’s not going to be an issue. Streaming movies on this device should be a pleasure.

If the keyboard is the same exact one used on the current Spectre x360, users are also in for a treat as that is the best keyboard on the market. I love the Butterfly keyboard on the new Macbook Pro, but the keys on the Spectre x360 just have a solid feeling with just enough travel to satisfy your fingers. 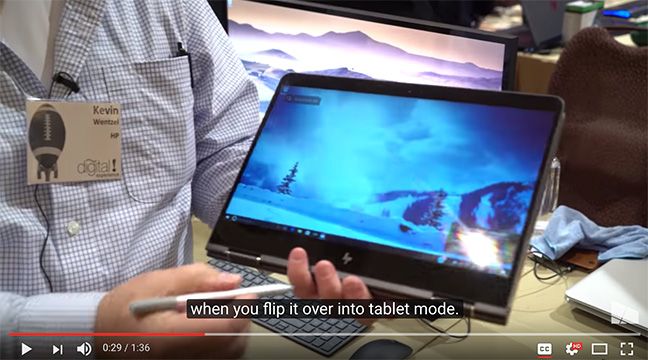 I will try and get a first-impressions review of the new Spectre x360 sometime this week. It’s safe to say that HP’s new hybrid laptop will be a great challenge to the Surface Pro 5, which should come out in March.

Daryl Deino has been a technology enthusiast since 1995 and has written for several newspapers and technology sites. Please reach him at [email protected]
View all posts by Daryl →
This entry was posted in Tech News and tagged HP Spectre x360, Surface Pro 5. Bookmark the permalink.