Has Adobe Photoshop Turned Into Something Negative? 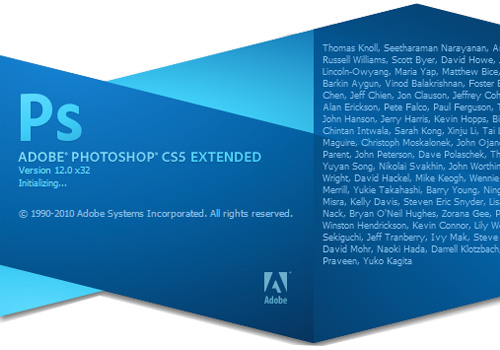 Like most good things, Adobe's Photoshop has been turned into something negative.

I didn’t start using Adobe Photoshop until 2000. It wasn’t as intuitive as simpler photo editing programs, but I, as well as others, found it groundbreaking. Companies spend a lot of money on several Photoshop licenses, because it was worth it in the long run.

I first used Photoshop to trim about 20 pounds off of me (I’ve become an expert at it lately). The company I worked for loved the fact I could take ugly pictures and make them look somewhat presentable on a website. My Photoshop skills especially became useful when I worked for a real estate company since the pictures of properties had to be beautiful, even if the property was ugly.

Somewhere along the line, Photoshop became a negative word. This has to do a lot with magazines who use Photoshop to make celebrities (especially female) look much better. Then, the celebrities would be ridiculed for looking much worse than the published pictures. Soon, the magazines who published the pictures would be shamed for presenting images of celebrities that are unrealistic, therefore influencing body image problems for those who can’t look so good. 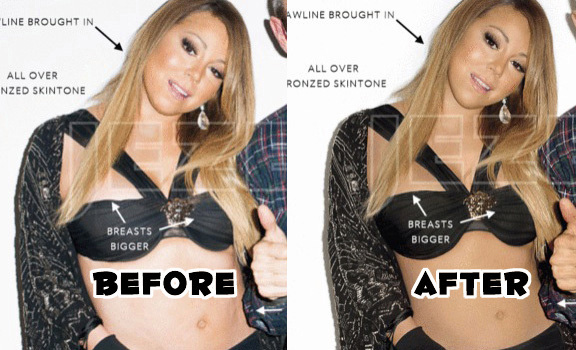 Mariah Carey has been a particular subject for Photoshop manipulation and Photoshop shame.

The magazine Photoshop era has turned out to be so prevalent that tabloids now use Photoshop for a different reason — to make celebrities look even worse. 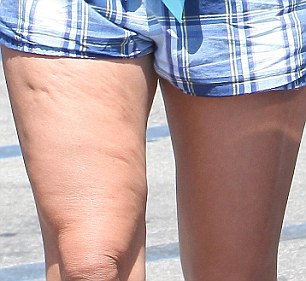 Take this recent picture of Britney Spears from the Daily Mail. While Britney Spears might have some cellulite on her legs, the tabloid used the Smudge tool, as well as the Dodge tool, to make it look worse. The Daily Mail is notorious for this as taking celebrity pictures and making them look worse has become a huge moneymaking industry.

I have worked with Photoshop for years now and it has made me look at pictures in a much different way. I used to enjoy beautiful pictures of landscapes and beaches. Now, I look at the pictures to see where the Photoshop begins and where it ends. Nothing is real anymore. Now, films and videos can become altered to make celebrities look younger, skinnier, etc. It’s a lot more difficult to do than manipulating photos, but software such as Final Cut Pro allows one to do this frame-by-frame.

I’ll still always look back to the year 2000 with excitement, as I see myself learning a program that I thought would change the world. Unfortunately, it has changed the world for the worse.

Daryl Deino has been a technology enthusiast since 1995 and has written for several newspapers and technology sites. Please reach him at [email protected]
View all posts by Daryl →
This entry was posted in Review and tagged Adobe Photoshop, Final Cut Pro. Bookmark the permalink.