I was excited to try out the Samsung Odyssey Windows Mixed Reality Headset and spent a completely frustrating six hours using the headset with the Microsoft Surface Book 2, which has a NVIDIA GTX 1050 processor. It’s supposed to make the Odyssey work smoothly, but that hasn’t been the case.

I am very impressed with how easy everything was to set up. It didn’t take hours like the HTV Vive did when I first received it last year. It almost seems like Microsoft makes all their new VR headsets set up themselves. Too bad the problems occur after the setup.

Inside the VR world, Microsoft has the right idea — a virtual house with different controls and different screens that can be customized. You can launch programs in different parts of the house. You can even launch them in the garden. My favorite was the movie room, where I watched an episode of Stranger Things. 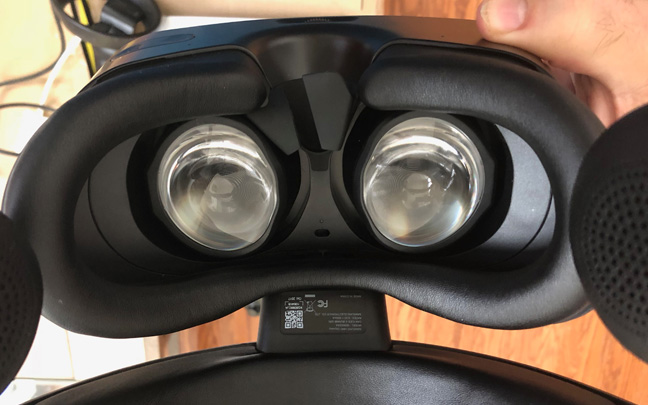 Too often, the virtual world became shaky. It was as if an earthquake was taking place, and I don’t think Microsoft was planning that. If I was on my desktop PC that is made for gaming, I probably wouldn’t have that issue. But I have the HTC Vive for my desktop PC. The Samsung Odyssey is supposed to be made for traveling. And the Surface Book 2 I used it with allegedly has more than enough power so one could run the basic tasks smoothly. 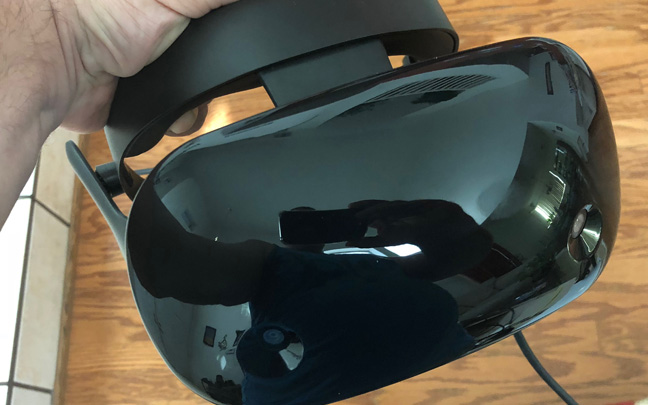 The Samsung Odyssey doesn't work well with the Surface Book 2

I thought I would be more impressed with the display. After all, each eye views a 1440 x 1600 pixel resolution OLED screen (compared to 1080 x 1200 per eye on the HTC Vive). While the resolution looks slightly better on Samsung’s new headset (there is only a minor screen door effect) it’s still not enough for a completely immersive experience. Perhaps Samsung’s upcoming standalone VR headset will change that.

The worst part of the whole experience occurred as I tried to port SteamVR into the Windows Mixed Reality portal. The experience was dizzying, frustrating, and brutal. It actually left me longing for the days of my Gear VR in 2014, and that says a lot.

The best thing I can say is, “Nice try Samsung and Microsoft!” However, this latest attempt at VR will continue to hurt the platform rather than help bring it more mainstream.

Daryl Deino has been a technology enthusiast since 1995 and has written for several newspapers and technology sites. Please reach him at [email protected]
View all posts by Daryl →
This entry was posted in Review and tagged Samsung Odyssey, Windows Mixed Reality. Bookmark the permalink.