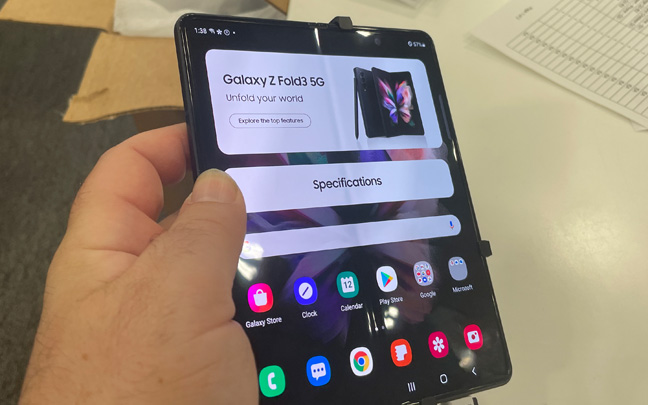 The Samsung Galaxy Z Fold 3 is available for pre-order

Some Samsung faithful nerds might be disappointed at the official announcement of the Z Fold 3 (sometimes written as Fold3). After all, at first glance, it doesn’t look much different from the Fold 2. There’s the same strangely-shaped 6.2-inch cover screen and the 7.6-inch screen that it unfolds to. There’s not any improvement in the cameras, except that the hole-punch camera on the inside is now under the screen.

I wasn’t too excited when I went to try out the phone yesterday. However, as soon as I put the phone in my hands, I not only knew I was holding a fantastic high-end phone, but I was able to easily tell some differences when compared to the previous generation Fold.

The Z Fold 2 weighed 282 grams, while the new Fold weighs 271 grams. It seems small on paper, but you can definitely tell the difference when the phone is folded and when it is open. Overall, it just feels better in the hands. 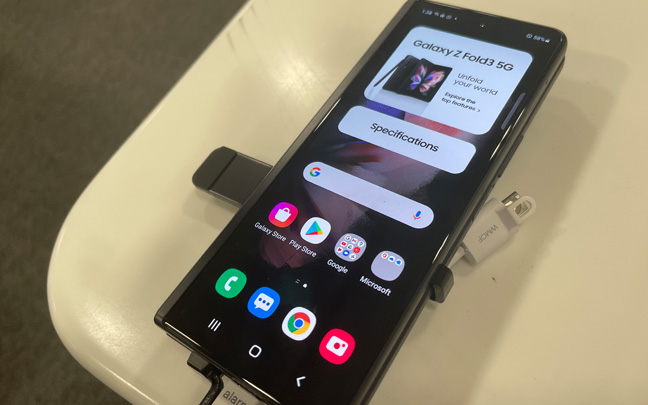 This year's Fold has a 120Hz front screen.

Last year’s Fold had a 120Hz screen when opened, but the front screen was only 60Hz. It wasn’t that big of a deal, but the improvement is very noticeable and pleasing to the eyes and fingers.

Last year’s Super AMOLED tablet screen was sharp and colorful, but it wasn’t very bright. It wasn’t that big of a deal unless you used the Fold in direct sunlight. This year’s screen is noticeably brighter. Samsung claims it’s 29 percent brighter, and my eyes very much appreciate it.

In my enthusiastic review of last year’s Fold 2, I indicated how having S Pen support would make the Fold perfect. Well, now it does. But it’s not perfect. If you think the S Pen stylus you have from your Note or Galaxy Tab is going to work, think again.

Since the screen is more fragile, the Fold 3 requires a special “Fold Edition” Pen that has a lighter and rounder tip. The S Pen Pro will also work with the new Fold. However, there is no built-in storage on the Fold 3 for the S Pen, so you will need to buy a special case or just trust that you won’t lose it.

Are you one of those people who has a habit of dropping your phone in the toilet or the swimming pool? Well, there is no need to worry about doing this with your Fold 3, which has an IPX8 rating. That means splashes and droplets of water will not hurt it. In addition, this rating means the smartphone-tablet combo can be submersed in up to 1.5 meters of water for a half hour. 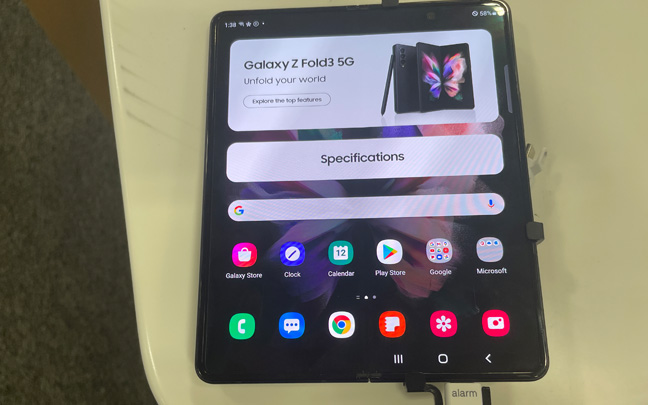 This year's Fold is more affordable.

Last year’s Fold 2 started out at $199.99. This year’s Fold 3, with its improvements, starts out at $1799.99. That’s still a lot of money, but it will help sell the phone to more mainstream customers. There’s also some great deals you can get with trade-ins.

The Z Fold 3 is anything but a disappointment. It’s a great refinement of the Z Fold 2, and its cheaper price and improved hardware (along with software) could make this the breakthrough hit Samsung has aimed for with their foldable devices.

Daryl Deino has been a technology enthusiast since 1995 and has written for several newspapers and technology sites. Please reach him at [email protected]
View all posts by Daryl →
This entry was posted in Review and tagged Samsung Galaxy Z Fold 3. Bookmark the permalink.