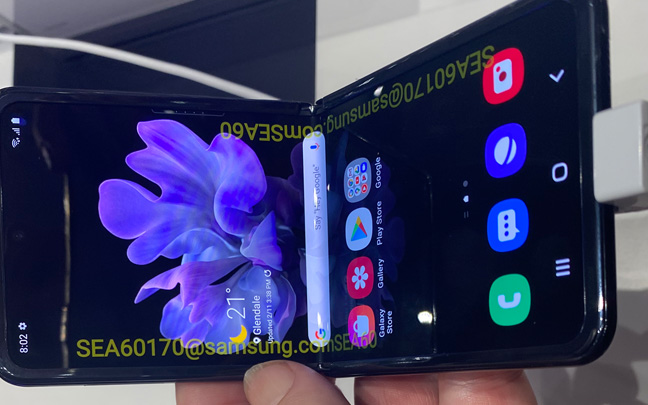 I was so excited to be able to play with Samsung’s new foldable, the Galaxy Z Flip, on Tuesday evening. I had recently tried the new foldable Motorola Razr, but it was so boring that I can’t even get myself to write about it. I can’t say that’s the case for Samsung’s foldable, but it’s just not as exciting as the press wants you to believe.

First, the good news: The Z Flip folds. And it folds well. It doesn’t creak, it doesn’t scratch (the screen is made of glass), and once I folded Samsung’s new smartphone open, I could barely notice the crease. I suppose the crease will show on each Z Flip after people open it a lot. However, folding the phone is definitely a two-handed operation; it’s certainly not as simple as unfolding the flip phones of the 2000s.

I like that you can fold it into certain angles, and the apps that work on two screens do well, though there aren’t a lot of them. But would you really want to fold the phone part way and work on two different screens? Honestly, it’s not that exciting. The most exciting part of the Galaxy Z Flip is when it folds all the way out and works like a regular smartphone. The AMOLED screen is just as gorgeous as it is on other Samsung Galaxy phones. 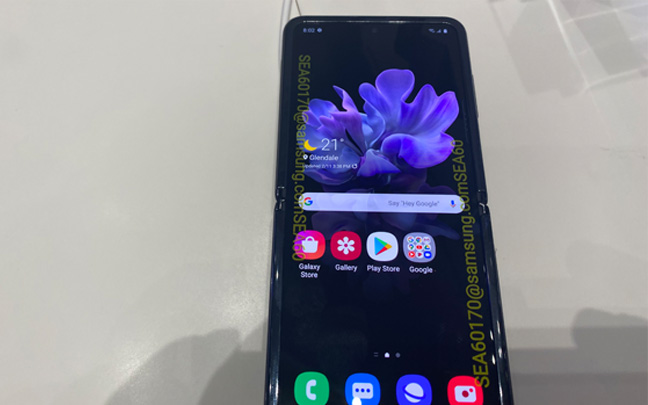 The Galaxy Z Flip is best when folded all the way out.

One thing I noticed is how easy my fingerprints registered on the phone casing. Of course, that wouldn’t matter if you get an external case. But the Galaxy X Flip is not the type of phone you get a case for, even though there are some that are available.

The Galaxy Z Flip certainly isn’t the most powerful of all smartphones — it runs on a 7nm octa-core processor, 8GB of RAM, 256GB of storage, wireless charging, and eSIM support. The specs don’t really match the new Galaxy S20 series smartphones, but the phone is fast and powerful enough for most users.

Then, there are the cameras that seem to be taken straight from 2018. The main one is a 12MP sensor and is smaller than that on the new S20 series. There is also a 12MP ultra-wide sensor. The pictures I took in a slightly dark place were very good, but nothing spectacular. Others I talked to say the pictures taken in darker situations were, well, dark. Perhaps the next Flip will have it’s own type of night mode. 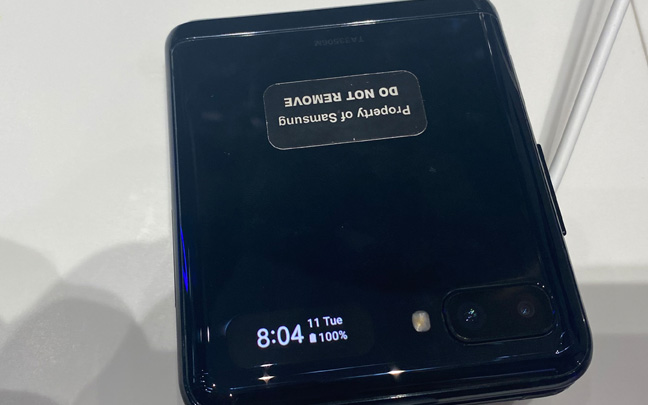 The Galaxy Z Flip isn't a revelation, but it's a step forward for foldable smartphones.

However, even though the Galaxy Z Flip isn’t as exciting as I hoped, I also realize it’s definitely a step in the right direction. Last year’s Galaxy Fold was one of the biggest tech flops in recent memory, and many thought foldable smartphones wouldn’t survive. The Galaxy Z Flip at least proves that the excitement for foldable smartphones is back on.

Daryl Deino has been a technology enthusiast since 1995 and has written for several newspapers and technology sites. Please reach him at [email protected]
View all posts by Daryl →
This entry was posted in Review and tagged Samsung Galaxy Z Flip. Bookmark the permalink.