First Impressions: The Microsoft Surface Book May Not Be A MacBook Pro Replacement 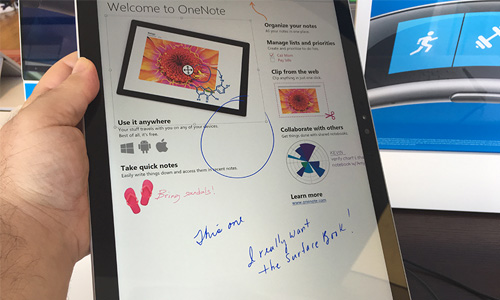 The Surface Book operates as a tablet -- although one that is very large.

The first problem you will notice with the Surface Book is that it’s wobbly. That’s not such a huge issue when using it on your desk, but it will be uncomfortable on your lap. It’s not too uncomfortable and only a minor issue, but it still registers as an annoyance.

Furthermore, when using the Dell XPS 13, I felt I was using an ultra-portable notebook. I don’t feel the same when using the Surface Book — the bezel space around the 13.3-inch screen is too large and the keyboard, although it’s not cramped in order to make compromises, feels too large as well.

Daryl Deino has been a technology enthusiast since 1995 and has written for several newspapers and technology sites. Please reach him at [email protected]
View all posts by Daryl →
This entry was posted in Review and tagged Microsoft Surface Book. Bookmark the permalink.