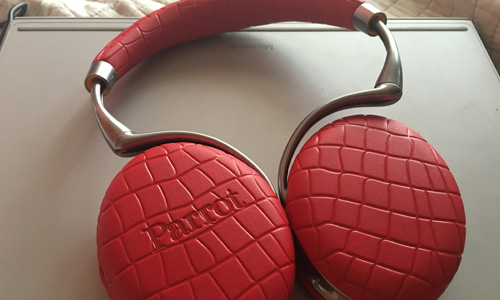 Parrot, known more for drones than headphones, has made some strides in the Bluetooth wireless industry. In 2012, the first generation Zik headphones came out and although they received some good reviews, many thought they were too bulky, had bad batter life, and worst of all — pretty bad sound.

At the end of 2014, Parrot corrected most of the problems with the original Zik, as the Parrot Zik 2 headphones were considered among the best. However, with less-than-stellar battery life and a build that alienated some heads, many opted for other premium wireless headphones, such as the Sennheiser Momentum 2 Wireless.

Now comes the Parrot Zik 3 headphones, which come in several different colors, offer wireless charging, and an even better design. They really look like the “Mercedes” of the Bluetooth headphones world. But how do they sound? Pretty good, but I’m not sure if they justify the $400 price tag. 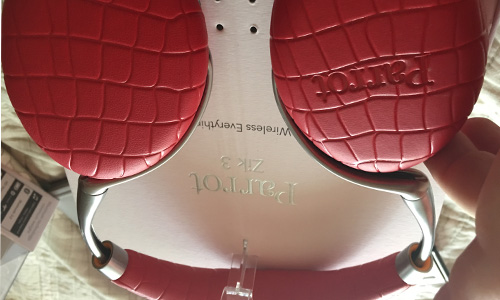 The Parrot Zik 3 Bluetooth headphones have their own equalizer settings.

Still, no matter what settings, the sound on the Zik 3 screams, “I’m a Bluetooth headphone, not a wired one!” There is too much audio compression happening and even though it’s not awful, it’s pretty noticeable. Other Bluetooth headsets, such as the Sennheiser Momentum 2 Wireless, have sound compression too, but it’s less noticeable.

Because of all of these major features, the battery life on the Parrot Zik 3 is lower than it is on other Bluetooth sets. Using all the features, one can expect no more than six hours of use. However, one can still use the headphones while charging them — this is something you couldn’t do with previous iterations of the Parrot Zik 3.

I’ve had some connectivity issues where the audio would “scratch” in and out on busy streets in Los Angeles, but nothing serious. Still, I’m trying to justify keeping the Parrot Zik 3, but it’s very hard to do. For $300, these would have been a great buy. At $400….not so much.

Daryl Deino has been a technology enthusiast since 1995 and has written for several newspapers and technology sites. Please reach him at [email protected]
View all posts by Daryl →
This entry was posted in Review and tagged Parrot Zik 3. Bookmark the permalink.