First Impressions: iPad Pro Is Big And Beautiful — But Is That Enough? 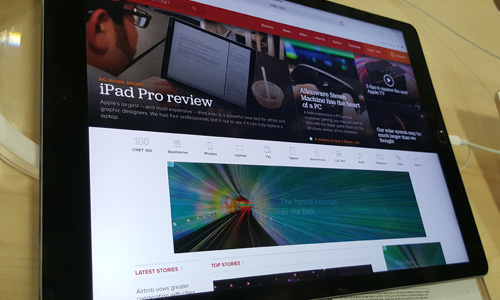 The iPad Pro is big and beautiful, but is it worth the price?

I was able to spend fifteen minutes with the iPad Pro yesterday and am happy to say that it isn’t the complete failure that I thought it would be when I wrote about it earlier this week. That said, I’m still not sure it will be a hit. Anyway, here are some things that stood out.

I knew the iPad Pro had four speakers, but didn’t realize how strong they were until I watched a YouTube clip. Wow! You can actually feel the bass kick in. Apple did a very impressive job with this. 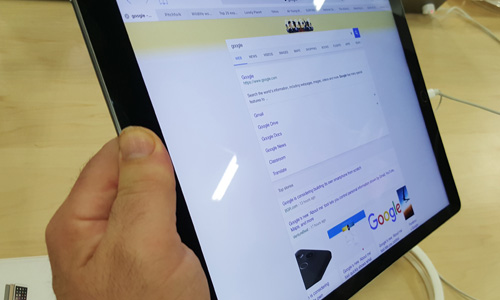 The iPad Pro's display is stunning.

The 2732 x 2048 pixel resolution display (264 ppi) is absolutely stunning. Watching 4K YouTube clips really makes videos pop out on the screen; they almost look too real. It’s hard to explain unless you see it.

The Apple Pencil is, so far, the best stylus that has been developed for a digital device. It actually feels like you are writing on paper. It’s a good thing that Microsoft OneNote, the best and most advanced note-taking software available, is now compatible with the Apple Pencil on the iPad Pro.

Yes, this may be the device’s downfall. There is nothing that can be done to minimize how much this hurts the device, which is actually powerful enough to run OS X. Because of this, the iPad Pro will not make people forget about the PC. If all you care about is multimedia consumption, you won’t mind. But why would you spend $800 or more on a device to use it solely for media? 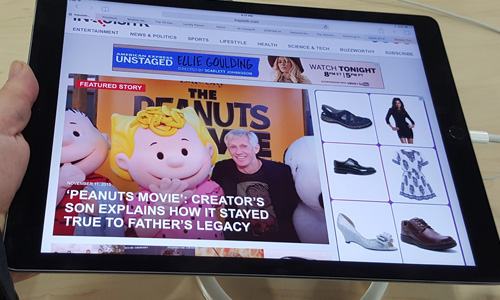 The iPad Pro gets heavy when holding it with one hand.

For a 12.9-inch device, the iPad Pro is very light. However, when you hold it in one hand for more than a couple minutes, you start to feel the weight and it makes it less useful. Obviously, the same can’t be said about the iPad Air, which is going to be lighter and more comfortable because of its size. Perhaps huge iPads just don’t work?

Okay, so maybe my last two points are trying to make up for the fact that I ended up liking the iPad Pro more than I thought I wanted to admit earlier this week. The iPad Pro is a very well-built device and could be very useful for people who take notes or sketch. However — and I know this has been repeated many times — you will still need to buy a separate notebook if you want to get real work done.

Daryl Deino has been a technology enthusiast since 1995 and has written for several newspapers and technology sites. Please reach him at [email protected]
View all posts by Daryl →
This entry was posted in Review and tagged iPad, iPad Pro. Bookmark the permalink.