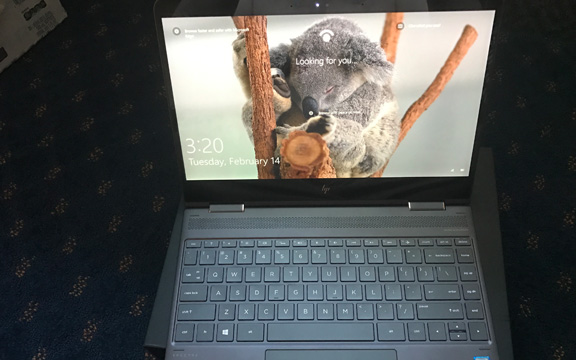 A couple days back, I wrote about the new 13-inch HP Spectre X360, which now comes in  a 4K version that has digital inking capabilities. I have been playing with a review unit for the past day. Here are some of the the things that immediately stand out.

I normally don’t associate HP with “premium,” but people have told me that has changed. And this is obvious when looking, touching, and carrying the Spectre X360. The dark ash silver coloring is not only beautiful, but the machine aluminum build and light weight (without compromise) makes this the best built windows laptop available. It feels like the MacBook of the Windows world.

Is a 4K screen absolutely necessary on a laptop, especially because it eats up battery life faster? Not really, but it is sure nice to have. For the most part, the 4K screen looks great on the new Spectre x360. The colors aren’t as vivid as they are on the MacBook Pro or Dell XPS 13, but the screen still looks better than any you’ll see on other HP devices. 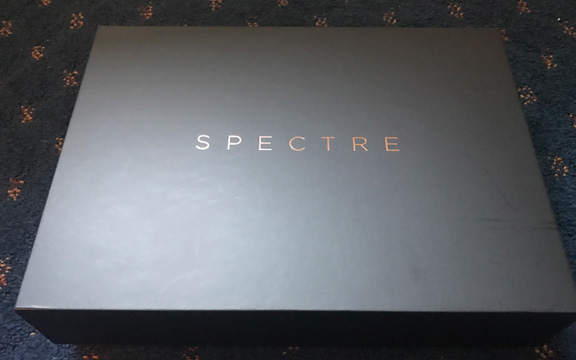 The HP Spectre x360 comes in a small box.

Since we’re comparing the x360 to the MacBook Pro, HP’s laptop beats Apple on their keyboard. While the MacBook Pro keyboard is great and unique, the keys on the x360 find a solid balance between key travel and firmness.

The x360 runs on a 2.5GHz Intel Core i7 processor (7th generation). Unlike other laptops that run the Kaby Lake chip set, the x360 has no coil wine problem. However, the fan can get pretty loud — it sounds like static. But you won’t really notice the fan noise unless you are alone in a completely silent room.

The fact that HP was able to put such a powerful processor in such a thin device means that the bottom of the x360 is going to bet pretty hot. The high temperature of the device isn’t a deal killer, but it’s something you will notice. 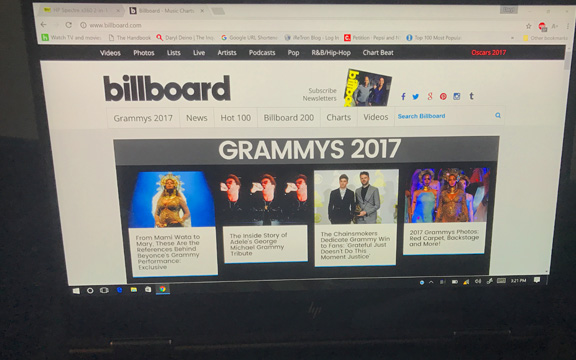 The HP Spectre x360 is a tablet hybrid.

I haven’t been able to measure this yet, but — as expected — this isn’t the type of laptop you will get eight hours with on high-powered use. It appears that with the brightness set at 80 percent while constantly streaming videos, you will get — at the least — five hours. This isn’t awful considering the x360 has a 4K screen. Some have said they have been able to get six or seven hours.

The 2017 HP Spectre x360 is certainly the best laptop HP has come up with, but it’s certainly not without its faults. Out of the box, the display driver doesn’t work correctly (I had to uninstall then install again) and the device gets pretty hot. However, despite some drawbacks, this 2-in-1 is definitely one to check out.

Daryl Deino has been a technology enthusiast since 1995 and has written for several newspapers and technology sites. Please reach him at [email protected]
View all posts by Daryl →
This entry was posted in Review and tagged HP Spectre x360, MacBook Pro. Bookmark the permalink.