First Impressions: Google Pixel XL Is Android At Its Best, But Is That Enough? 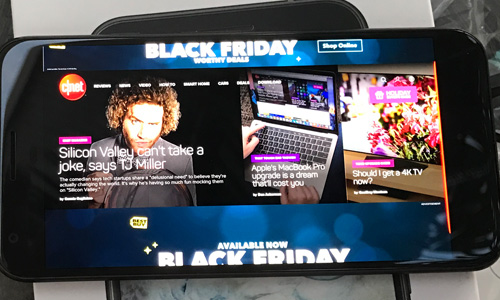 I finally got a chance to test out the Google Pixel XL, a smartphone I have been trying to get my hands on for the past month or so. I’ve read a lot of really good things about the Pixel XL and was considering using it as a replacement for the Galaxy Note 7  on T-Mobile’s network (don’t believe for a second that it only works on Verizon).

I finally was able to get my hands on a review unit this week. I would need to use it a lot more to make a definitive review, but my first two hours with the Google Pixel were fascinating. However, I’m not sure if I would make the Google Pixel XL my main phone.

The metal and glass design will remind people of the iPhone. As a matter of fact, you may initially mistake the Pixel XL for the iPhone 7 Plus at first glance. Unfortunately, it doesn’t run iOS, but has Android Nougat 7.1 pre-installed. The latest version of Android really is as close to iOS as Google’s operating system has ever come: It runs smoothly, fast, and comes with the best on-screen keyboard Android users have ever seen. 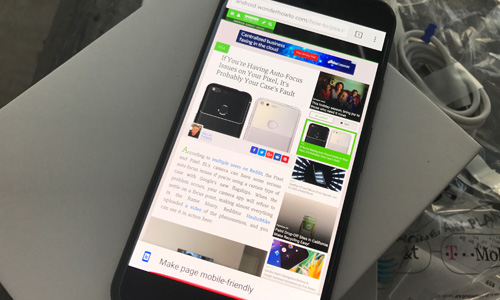 The Google Pixel XL screen is its best feature.

Perhaps the most fascinating thing on the Google XL is its screen. The Quad HD Super AMOLED display certainly beats the LCD display on the iPhone 7 Plus, and that’s saying a lot since the iPhone 7 Plus display is almost perfect. The Pixel XL, like the iPhone 7 Plus, has a 5.5-inch display. However, a part of that display is used for soft Android buttons. I have not figured out a way to hide those buttons, but I’m sure one exists. I’ll update the article when I find out how to make use of the full screen space. 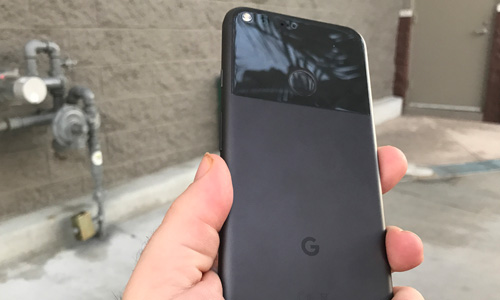 The Google Pixel XL is a pleasure to hold.

Google Assistant is the star of the Pixel XL. Its voice recognition is excellent, even when you are talking with background noise. Somehow, the nameless assistant knows where I live. When I said, “OK Google, drive me home,” she gave me a map with step by step GPS directions. She also knows when I am at a mall and gives me information about the mall without even asking. Google Assistant is what Apple’s Siri aims to be.

I have only taken a couple pictures with the camera and am impressed, but not blown away. The dual camera on the iPhone 7 Plus still takes the best pictures, especially because there is 2X optical zoom. I have yet to take 4K videos with the Pixel XL, but will update the article when I do.

In summary, it looks like Google has hit a home run with the Pixel XL and has proven that an Android phone can be easy to use and run smoothly. But since the phone is obviously taking on the iPhone 7 Plus, the Pixel XL really needs to hit a grand slam, and — based on early use — I’m not sure it has.

Daryl Deino has been a technology enthusiast since 1995 and has written for several newspapers and technology sites. Please reach him at [email protected]
View all posts by Daryl →
This entry was posted in Review and tagged Google Pixel XL. Bookmark the permalink.