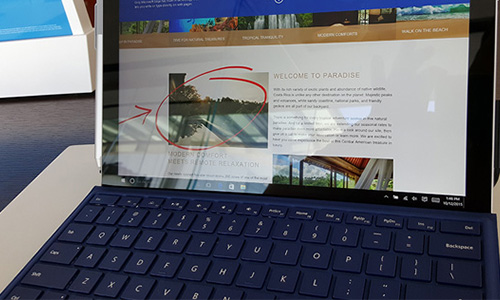 The Surface Pro 4 is a great device, but the battery life has been less than satisfactory.

Microsoft’s Surface Pro 4 has sold well and has earned a lot of critical acclaim, but the battery life, considering it runs a 6th generation Intel Core processor, is truly disappointing. A poster from the forums at Windows Central summarized what many thought.

“I switched from MacBook Air after 7 years – was impressed by surface pro 4 form factor. I primarily use surface pro 4 for Manmit Excel, Chrome browsing, and most importantly microsoft outlook. Just through these three program, I never get more than 4-5 hours of battery on i5 8gb ram device.”

The user noted that he updated the battery driver, changed from sleep to hibernate, and also turned off Windows Hello. As an owner of the i7 8GB version of the Surface Pro 4, I can say that my experience with battery life has been slightly worse. Microsoft has offered updates that have helped the battery life problem a little, but not much. However, thanks to another post from Windows Central, I have been able to give the battery life a huge boost.

The solution (which the post gives step by step instructions for) is to throttle the CPU speed. Of course, one shouldn’t have to do this, but doing this barely makes a difference in the user experience. 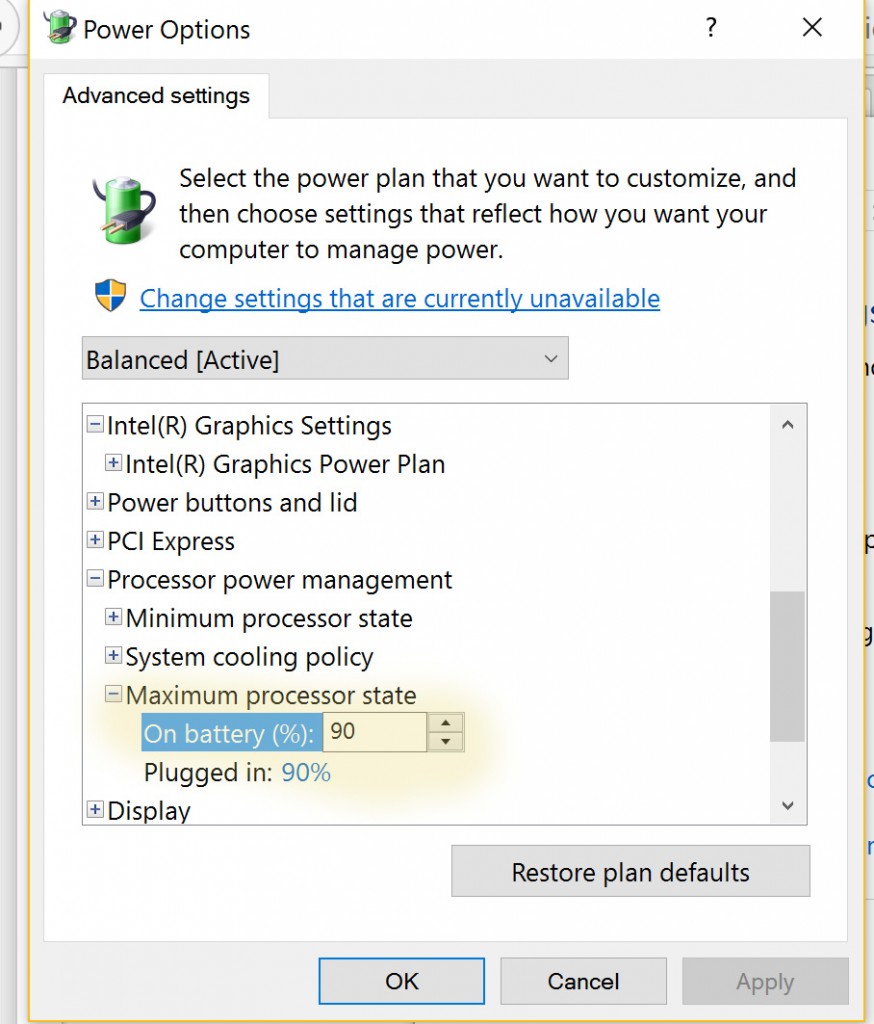 Changing the maximum CPU speed to 90 percent will barely make a difference in most of your Surface Pro 4 activities.

Changing the maximum processor speed to 90 percent has given me an extra hour of battery life. Even if you change it to 99 percent, you will still likely gain battery life as this prevents the processor from going into “Turbo Mode,” which the Surface Pro 4 activates at times when it absolutely doesn’t need to. The only users who will really need to use Turbo Mode are gamers; the Surface Pro 4 even edits videos in a timely manner without this.

I have previously saved battery life on the Surface Pro 4 by enabling “Battery Saver” mode, which dims the screen a little too much. One of the greatest things about the Surface Pro 4 is its crisp and bright screen and why shouldn’t users be able to enjoy it? Of course, nobody needs to set the maximum brightness at 100 percent, but users should be able to set it at 80 percent without having to worry about the battery life depleting instantly.

Let’s hope that Microsoft fixes the battery problem when it releases the Surface Pro 5. However, for now, at least there is a solution and this helps provides Surface Pro 4 users with a very satisfactory experience.

Daryl Deino has been a technology enthusiast since 1995 and has written for several newspapers and technology sites. Please reach him at [email protected]
View all posts by Daryl →
This entry was posted in Tech News and tagged battery life, Surface Pro 4, Surface Pro 5. Bookmark the permalink.