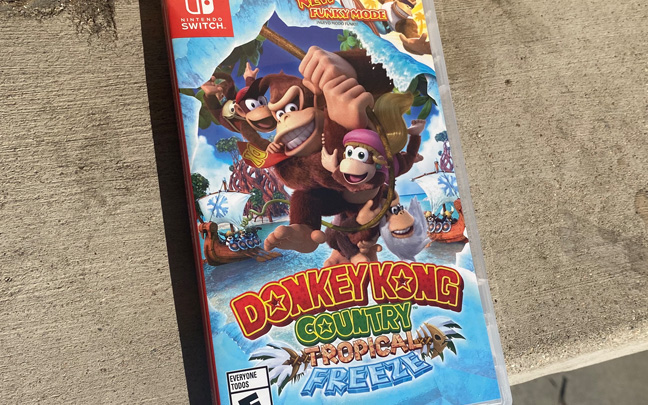 This weekend, I purchased Donkey Kong Country: Tropical Freeze, and it may just be my favorite Nintendo Switch game yet. It’s shocking that this game hasn’t been talked about more. Many stores don’t even carry Tropical Freeze anymore, even though games released before it are easily available everywhere. And I’m certainly not the only one who absolutely loves this game.

Perhaps the most engaging thing about Tropical Freeze is the graphics. The colors vary, the nature pops out, everything about the game immerses you in a jungle-like atmosphere with creatures that are so cute that you want to grab them out of the screen. So far, my favorite character is the seal in the first boss showdown. 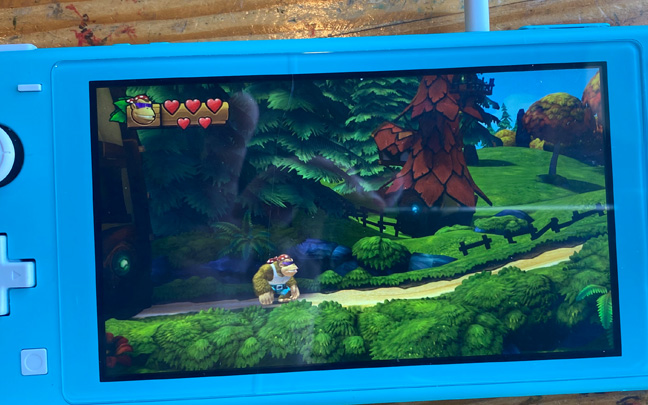 What originally hurt the game, when released on the Wii U, was the fact it was too difficult. However, when porting the game to the Switch, Nintendo added “Funky Mode” with Funky Kong, who makes the game much easier, but not too easy. Most players will still be challenged while playing in this mode, even if Funky has a magical skateboard.

The most difficult thing about Tropical Freeze is that the controls are a little hard to get used to as there are different controls for jumping, rolling, throwing, punching, double-jumping, etc. But after a couple games, you won’t even think twice. There are on-screen prompts that also help you control the movements of the characters. 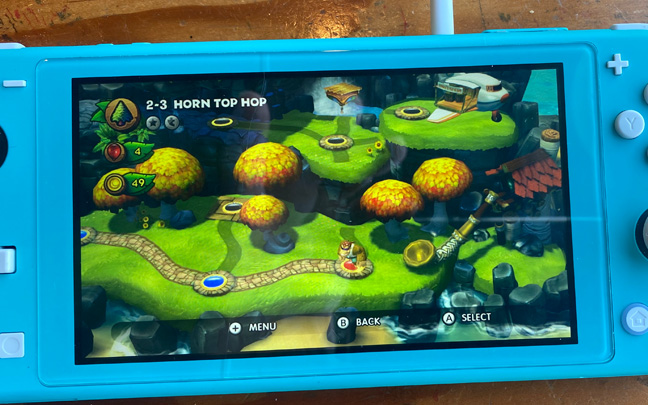 Donkey Kong Country: Tropical Freeze has many worlds with many levels.

Tropical Freeze presents you with six worlds and a handful of levels with varying levels of difficulty. Even if you beat one level on Tropical Freeze, you can always go back and find extra bananas, extra coins, or other extra bonuses you didn’t know were there before. It’s very typical of a Nintendo 2D platform game, except the action gets more intense at higher levels.

Donkey Kong Country: Tropical Freeze hits all the marks for a fun video game, and you’ll find yourself humming along to the fantastic soundtrack in your dreams. You may even dream you are playing the game. Perhaps a better marketing strategy from Nintendo would have made this a bigger hit.

Daryl Deino has been a technology enthusiast since 1995 and has written for several newspapers and technology sites. Please reach him at [email protected]
View all posts by Daryl →
This entry was posted in Review and tagged Nintendo Switch. Bookmark the permalink.