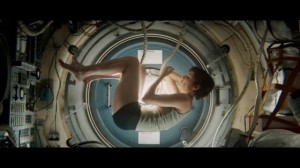 The 3D version of Gravity was a major success.

After the 3D version of Avatar wowed theater audiences in 2009, 3D was supposed to be the next big thing. Suddenly, 3D television sets were popping up everywhere and every film studio was in a rush to release a 3D film. It was overkill, but the constant demise of 3D by people like Roger Ebert has finally been proven wrong.

3D has been a popular gimmick since the release of The Power of Love in 1922. The film, like others to follow, used anaglyph glasses. Every decade since then has seen some sort of 3D revival that has never lasted. But a series of 3D films in the late 2000s, which were filmed with actual stereoscopic cameras, gave the technology a huge boost that has simmered down, but not faded. In fact, 3D technology is about to become more important than ever.

The 2011 Consumer Electronics Show in Las Vegas was all about 3D: 3D Blu-ray players, 3D laptops, 3D video cameras, 3D smartphones and most importantly, 3D television sets. Unfortunately, the consumer electronics industry miscalculated how much consumers really wanted 3D. By Christmas of 2011, 3D had lost a lot of its luster. This is because 3D was sold more as a cheap gimmick than a true experience.

By Christmas 2012, 3D television sets were seen as passé. 3D movies still existed, but with a lot less fanfare. Don’t even mention 3D computers, tablets and smartphones; they instantly stopped existing. The detractors who claimed 3D technology was going to die had their moment in the sun, but that moment was brief.

In 2013, 3D films such as Godzilla and The Amazing Spiderman 2 did well at the box office in their 3D formats. However, it was the film Gravity which—once again—made people realize how well 3D technology can be when used correctly. The 3D version of Gravity actually became more popular than the regular version—something very unusual for present-day films. However, 3D’s current resurgence is found outside of the movie theater. 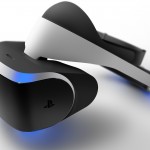 Virtual reality headsets are reviving the relevance of 3D technology.

Oculus has also created the Gear VR for Samsung, which uses Samsung’s amazing Galaxy Note 4 as a screen. The virtual reality device, which provides an amazing virtual 3D movie theater experience, will become available in early December. Viewing 3D films such as Avatar and Gravity offer a mind-blowing experience one can’t even get at a movie theater.

It looks like all the work in improving 3D technology has not gone to waste. Instead, 3D has reinvented itself with the times and this will be fully realized when virtual headsets become mainstream in 2015. Let’s hope holographic technology comes next.

Daryl Deino has been a technology enthusiast since 1995 and has written for several newspapers and technology sites. Please reach him at [email protected]
View all posts by Daryl →
This entry was posted in Tech News and tagged 3D, Gear VR, Gravity, Oculus Rift, Sony. Bookmark the permalink.