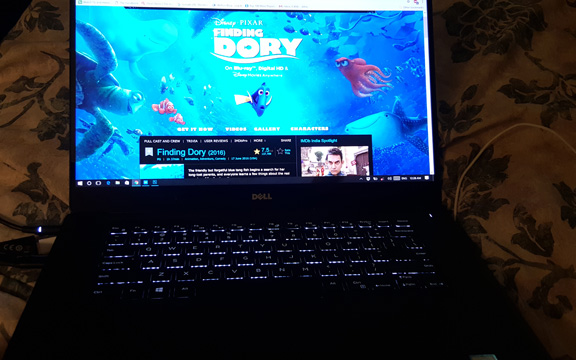 I was able to get my hands on Dell’s 2017 version of the XPS 15, which is supposed to be the 15.6-inch version of Dell’s XPS 13 laptop. This is the version with the 4K screen, Quad-Core Intel i7 processor (7th generation, Kaby Lake), Discreen NVIDIA graphics, 16GB RAM, and 512GB SSD.

When taking the XPS 15 out of the box, the most noticeable thing is that the laptop is heavy — at least compared to the 13-inch version. Yes, one expects it to be heavier, but it feels significantly heavier. However, compared to other 15.6-inch laptops, it’s lighter than average. And you won’t mind the weight when you see the beautiful 4K screen, which produces colors as vivid and accurate as the MacBook Pro does.

Unfortunately, there are the speakers — both built into the bottom. You won’t get the same live thumping sound you get on the new 15-inch MacBook Pro. In fact, the max volume is surprisingly soft. You can always use a Bluetooth speaker, but when a device costs $2,000, you shouldn’t have to. 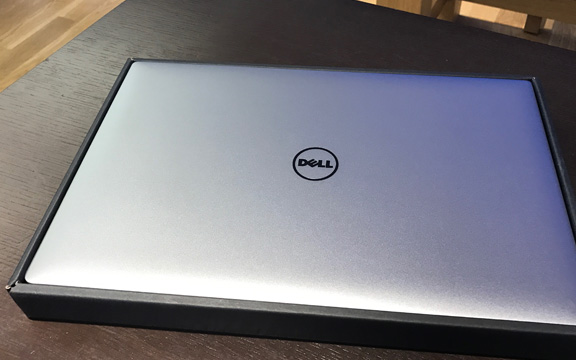 Then, there is the keyboard, which is great on the XPS 13, but just above average on the XPS 15.  Despite all the space Dell has on the XPS 15, they couldn’t build a different keyboard.  I never had problems with the XPS 13 keyboard. I did think the keys were cramped together, but I understood Dell did this in order to keep the device as compact as possible. Even though it is the same keyboard, the keys feel more cramped on the XPS 15. The keyboard is not a deal breaker, but it is somewhat of a disappointment.

The trackpad, thankfully, is wonderful. It’s great on the XPS 13, and it’s even better on the XPS 15, especially because it’s larger. The Precision trackpads that are used on both the XPS 13 and XPS 15 are almost MacBook Pro touchpad quality and show just how far Dell has come over the past couple of years.

The Dell XPS 15 may feel like a beast, but it operates like one too and offers decent battery life. I used Cyberlink PowerDirector to put together 4K videos, which the XPS 15 helped it do in minutes. I also had five high resolution photos opened in Photoshop and was able to edit them individually without a hiccup. Instead, there was fan noise with a small amount of coil wine. Don’t expect the machine to be silent, but you’ll only hear it if you are in a silent room.

Daryl Deino has been a technology enthusiast since 1995 and has written for several newspapers and technology sites. Please reach him at [email protected]
View all posts by Daryl →
This entry was posted in Review and tagged Dell XPS 15, MacBook Pro. Bookmark the permalink.