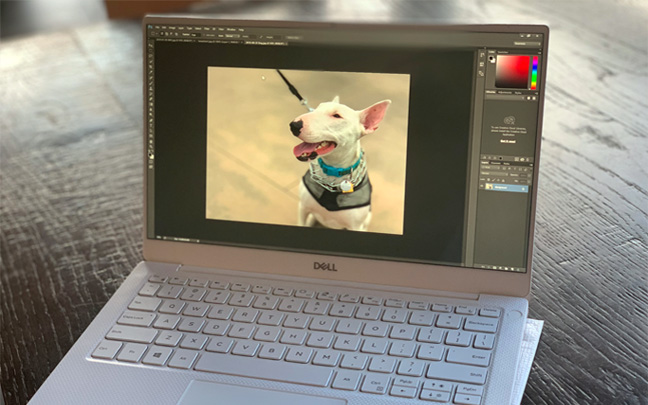 It’s possible that I’ve written more about the Dell XPS 13 than any other laptop. When it first came out in 2015, seeing an “infinity display” (barely any bezel space) was fascinating. Of course, other companies such Lenovo have copied Dell’s path to success.

To be sure, Dell’s XPS 13 (at least the first version) had a lot of issues. I remember buying one and returning it in early 2015 because the brightness levels always changed when scrolling. Also, the screen seemed to have a sandy texture, like many tablets did in 2015. The XPS 13 9350 wasn’t even a tablet — but it did offer a touchscreen.

By the time the XPS 13 9360 was released, many of the problems were fixed, even though the device still had a somewhat “washed-screen” look and the webcam was still on the bottom. The 9370 version changed the screen to 4K with better contrast in late 2018, but the webcam was still problematic. Thankfully, that isn’t the case anymore. 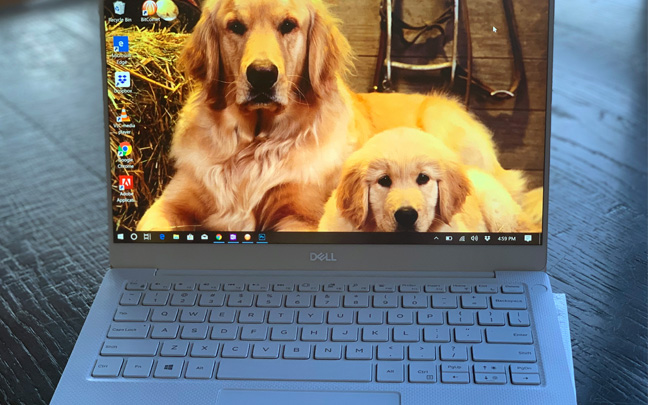 The new XPS 13 9380 finally puts the webcam on the top center. And one really doesn’t notice (or mind) the extra bezel space it took to put it there. Imagine how many more laptops Dell would have sold if they had done this a couple years back. I guess it’s better late than never.

The first thing I notice while using the XPS 13 9380, besides the webcam, is that the design feels a little plastic and dated. While HP and Huawei have made their laptops metallic all the way around, the XPS 13 looks premium while it’s closed, but appears and feels plastic-like when it’s opened. It’s not a deal breaker, and it’s important to note that the XPS 13  has a better keyboard and touchpad than any other PC device out there.

Then, there’s the fact that while many laptop makers are changing the aspect ratio of their screens to be more square (like all of Microsoft’s 3:2 laptops or at least the MacBook Pro’s 16:10 ratio), Dell still provides a somewhat outdated 16:9 screen. Don’t get me wrong; that screen is beautiful. And the XPS 13 is second to none when it comes to watching movies that don’t need to be resized to fill the screen. But for an overall computing experience, the 16:9 screen finally feels outdated in 2019. 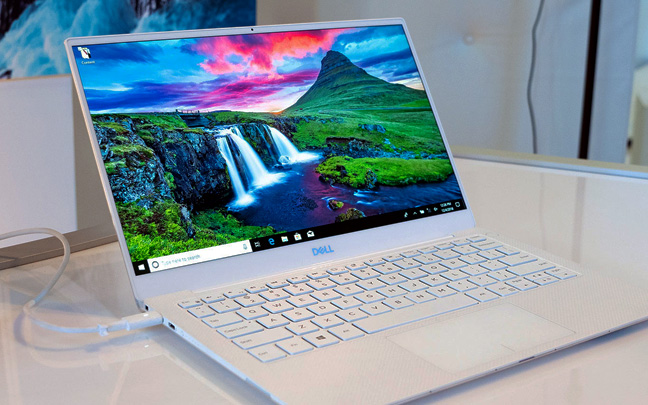 It’s not all gloom and doom….far from it. Besides the re-positioned webcam, the biggest improvement is the upgraded Intel Core i7 Whiskey Lake U Core i7-8565U processor. You won’t notice much of a difference when using most programs or surfing the internet. But I noticed my videos rendered at least 25 percent faster when using Adobe Premiere Pro, which worked decently for editing 4K videos. I only wished this high-end unit included 16GB of RAM instead of 8GB.

One wouldn’t expect great battery life from a device that is not only powerful, but has a 4K screen. Dell claims 12 hours, but I received about seven when streaming Netflix videos with the brightness set on 70 percent (which is more than enough for this unit). While it doesn’t match the battery life if the Surface Pro 6 or MacBook Pro, it comes very close. It’s the best battery life available for a current 4K laptop.

In conclusion, I am enthused but not elated about Dell’s latest 13-inch laptop. When the 9370 came out last year, I couldn’t stop touching it. It shows how one year in the laptop world can make things feel outdated. Still, I would definitely recommend the Dell XPS 13 9370 for those looking for a powerful and portable laptop.

Daryl Deino has been a technology enthusiast since 1995 and has written for several newspapers and technology sites. Please reach him at [email protected]
View all posts by Daryl →
This entry was posted in Review and tagged Dell, Dell XPS 13, laptops. Bookmark the permalink.