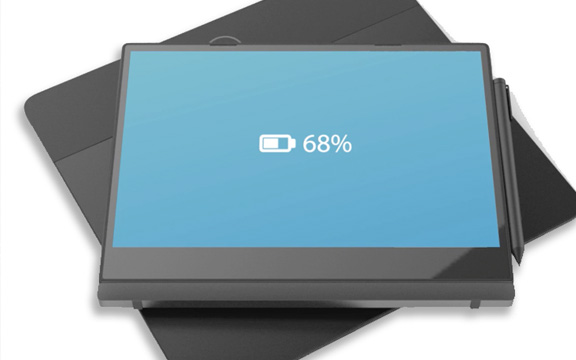 Dell is really getting their groove back. The XPS 13 is, perhaps, the most critically acclaimed ultraportable laptop of the past two years. The XPS 15 is certainly the most acclaimed power laptop. Now, the new Dell Latitude 7285 has been unveiled at CES and it has something that’s pretty groundbreaking.

“The notebook is Airfuel Alliance-certified and will be interoperable with magnetic resonance-based wireless charging infrastructure, the technology in which WiTricity founded. The laptop is key for the workplace of the future, enabling a wire-free environment that is not only aesthetically pleasing but also creates a more efficient and mobile office,” reads a press release I was sent about the device.

However, this might not really be as dreamy as it reads. The wireless charging keyboard base is optional. While this charging situation would be cool, one wonders if it is more convenient than an old fashioned charging cable. 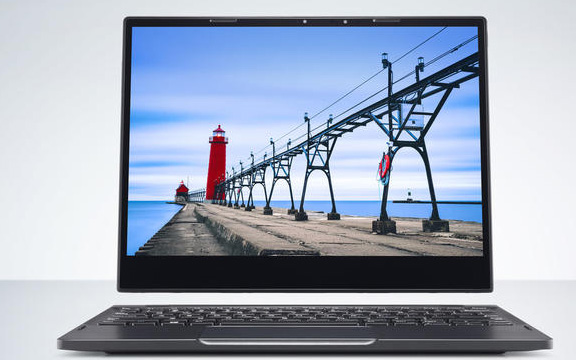 Dell's Latitude 7285 could be the laptop of the future.

According to the Guardian, not only has Dell introduced a wireless charging solution for the Latitude 7285, but Ford announced it would be conducting tests of wireless vehicle charging.However, they were most impressed with a company called Energous.

“The four-year-old company, a CES regular, had something to show of its WattUp wireless system, which beams power to devices using radio frequencies, rather than the magnetic induction used in the the contactless charging of certain smartphones of the past few years.”

The article adds that magnetic induction can’t be used over larger distances, but radio frequencies potentially can. We’ll definitely be hearing more about this soon. As for Dell, they continue to be on a roll. Not only did they recently announced the XPS 13 2-in-1, but they announced the 2017 update to the XPS 15, which Tech Radar describes a potential portable gaming powerhouse.

The higher-end XPS 15 has a  NVIDIA GeForce GTX 1050 GPU that has 4GB GDDR5 graphics. The XPS 15 has always been seen as a MacBook Pro 15-inch alternative, and this latest version could put a dent in Apple’s sales, especially since many believe the 2016 15-inch MacBook Pro with Touch Bar is overpriced and underpowered.

Dell has pretty much become the go-to name in laptops now instead of Apple. Pretty soon, we’ll see Dell-branded retail stores pop up at malls all over the world.

Daryl Deino has been a technology enthusiast since 1995 and has written for several newspapers and technology sites. Please reach him at [email protected]
View all posts by Daryl →
This entry was posted in Tech News and tagged Dell Latitude 7285, Dell Wireless Charging, Dell XPS 15. Bookmark the permalink.