Can The Oculus Rift Turn Out To Be The Next Google Glass? 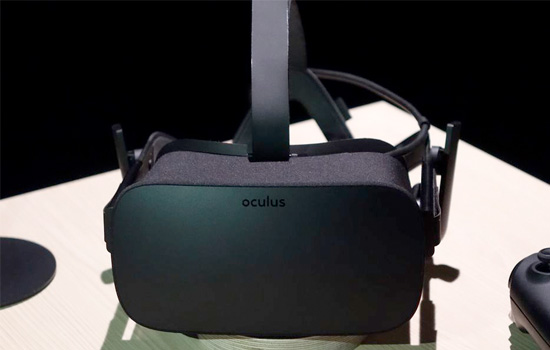 This is the commercial version of the Oculus Rift.

The Oculus Rift sort of debuted Thursday morning in San Francisco. I say sort of; nobody actually got to try it on. The Verge was pretty fascinated with what is being called the commercial version of the Oculus Rift, which is supposed to be released in the first quarter of 2016.

The Oculus Rift will come with removable headphones, which means you can use your own headphones if you want. It will also come with a wireless game controller that was built for the Microsoft Xbox One game console. You will need a powerful PC in order to use the Oculus Rift, which also comes with a camera for head tracking.

Why does this announcement sound a little anti-climatic? It’s because the Oculus Rift has been teased for almost three years. The first development kit came out in late 2012. The second development kit came out in mid-2014. I had the DK2 and while it was exciting at first, the barn door effect due to the low resolution (at least when put right against your eyes) took away from the immersive experience. 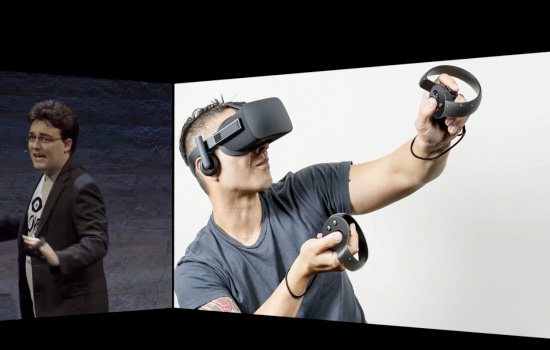 The Oculus Rift will eventually have touch controllers.

One can say that Oculus is running the same pattern as the Glass release. People are still fascinated with the Rift, but it doesn’t have the futuristic “cool” factor that it did two years ago. However, nobody can deny that Oculus has created technology that has a lot of potential. Much of that potential was seen in the Gear VR for the Samsung Galaxy Note 4, which was created by Oculus. The Note 4 has a higher resolution screen than the Rift DK2, so multimedia experiences are close to being real.

Oculus claims that the resolution of the final Rift is crisp, but still not as crisp as one would hope. One may assume it has the same Quad HD screen as the Gear VR with the Galaxy Note 4 (or the Galaxy S6). If that’s the case, the resolution is still too low. Until Oculus is able to give users an experience where it doesn’t look like they are observing content behind a screen door, there will be some complaints. Right now, the Oculus Rift could go either way: It may be a groundbreaking success or a huge failure.

Daryl Deino has been a technology enthusiast since 1995 and has written for several newspapers and technology sites. Please reach him at [email protected]
View all posts by Daryl →
This entry was posted in Tech News and tagged Gear VR, Oculus Rift. Bookmark the permalink.