Can Asus Take On The MacBook With The ZenBook 3? 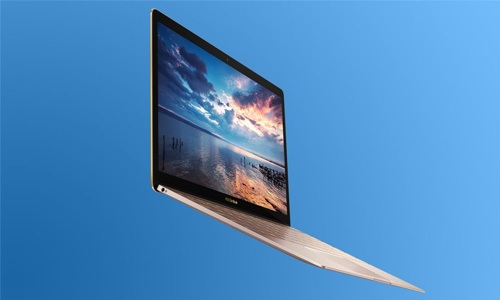 The Asus ZenBook 3 is even lighter and thinner than the 12-inch MacBook.

The 12-inch MacBook may not be universally loved by everybody, but it has produced a lot of clones. The Asus ZenBook 3 is a lot like the MacBook, but higher-end versions boast an i5 or i7 processor. To accommodate a higher-end processor, a notebook needs a fan. Asus has put in a super-thin fan, but tests have not revealed how hot the device gets.

CNET is somewhat impressed with the new Asus ultraportable.

“I spent some time with the ZenBook 3 on the Computex show floor and came away impressed. The laptop was light, very portable and well constructed. However, like the MacBook, it only has one USB Type-C port, which is unfortunate.”

The review adds that if you aren’t a fan of shiny metal, the Zenbook 3 may not be the right choice. However, shiny metal notebooks are becoming a lot more mainstream. Tech Radar is also a fan of the Zenbook 3.

“There’s a saying that imitation is the sincerest form of flattery – but not for Asus. The ZenBook 3 is the Taiwanese electronics firm’s latest 12.5 inch MacBook-killing Ultrabook. It doesn’t just so much imitate as it does completely destroy Apple’s ultra-thin laptop in specs and price.”

As Tech Radar notes, the Zenbook 3 weighs just two pounds and is only 11.9mm thick. It’s hard to believe that the Zenbook is even lighter than the HP Spectre 13.3, which I gave a hands-on impression of last week. I loved the device, but noted that the main flaw it has is the fact that its 1920 x 1080 pixel resolution screen is way behind the times, especially when some ultraportable laptops are even running 4K screens these days. 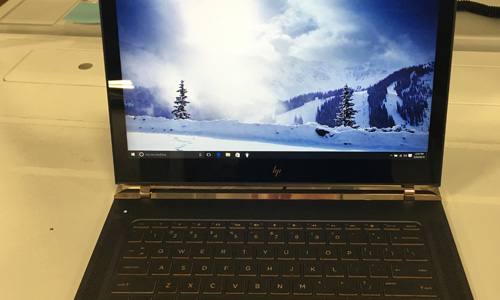 Though I haven’t tested the Zenbook 3 yet, I can easily say the best of the ultra-thins is still the Dell XPS 13, especially the 2016 version. Let’s see if Dell can keep this title when Apple releases the 2016 MacBook Pro, which is said to be extremely thin as well.

Daryl Deino has been a technology enthusiast since 1995 and has written for several newspapers and technology sites. Please reach him at [email protected]
View all posts by Daryl →
This entry was posted in Tech News and tagged Asus ZenBook 3, HP Spectre 13.3, Macbook. Bookmark the permalink.