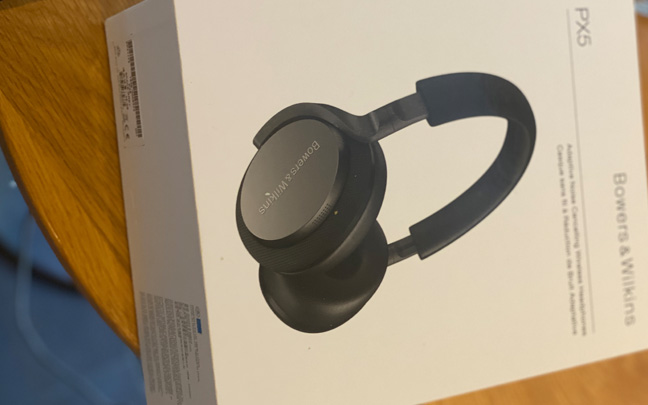 I’ve been testing the Bowers & Wilkins PX5 Wireless  on-ear headphones for the past week and am really impressed with almost everything. However, there are two flaws, one which is a major deal breaker (though others may not agree). Let’s take a look.

As usual, Bowers & Wilkins has delivered an exquisite design that feels and looks good on your head. Not only are these headphones compact (too bad they don’t fold though), but the woven carbon fiber arms and plush pads make it easy for you to put these in your bag without constantly worrying about wear and tear.

The left earcup features a button to control noise cancellation, and the right has buttons to control everything else. I’m glad Bowers & Wilkins went with buttons rather than touch controls, which usually don’t always work like they are supposed to. 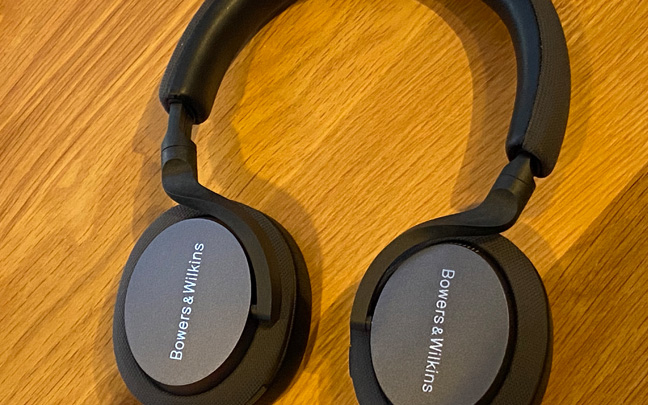 As with the original P5 wireless, Bowers & Wilkins delivers a top-of-the-line sound experience that sounds natural and really brings out the details in songs. For example, when listening to “The Crying Game” (Boy George, 1993), I was able to hear cymbals and guitar strings that I hadn’t noticed before. The headphones also really brought out the pumping sounds for “I Love It” by Icona Pop.

Unfortunately, the noise cancellation on these headphones proves to be inadequate. As with 2017′s PX Wireless headphones, there is some noise reduction, but it is far off from the levels of noise reduction you get with recent headphones by Bose, Sony, and even Beats. For some, this will be a major issue. For others who just need a little noise isolation, it won’t be a deal killer.

Unfortunately, the phone quality on the PX5 can’t compare with that on recent on-hear headphones like the Beats Solo Pro when it comes to making calls. When you talk, the headphones will block out some ambient noise. However, your voice will sound like it’s being recorded on some mono voice recorder from the 1980s.

This isn’t all a deal breaker since, at the minimum, you can still make audible phone calls. Just don’t plan on having hour-long conversations. Hopefully, Bowers & Wilkins will offer a software update to make the mic more tolerable.

Bowers & Wilkins claims you can get 25 hours of playback while being able to get at least three hours of juice from a 15-minute quick charge. I found this to be true, although I never got to the exact 25 hour point. Still, these are the type of headphones that you can take on a trip for three days without worrying about having a charger in the bag.

For those who mostly care about sound, the $299 price tag on the Bowers & Wilkins PX5 Wireless is worth every penny. However, those who want to use their headphones to not only listen to music but block out noisy environments, there are other headphones in the same price range that would be more worthwhile.

Daryl Deino has been a technology enthusiast since 1995 and has written for several newspapers and technology sites. Please reach him at [email protected]
View all posts by Daryl →
This entry was posted in Review and tagged Bowers & Wilkins, Wireless Headphones. Bookmark the permalink.