The Wearable Bluetooth Speaker Era Has Just Begun Thanks To Bose 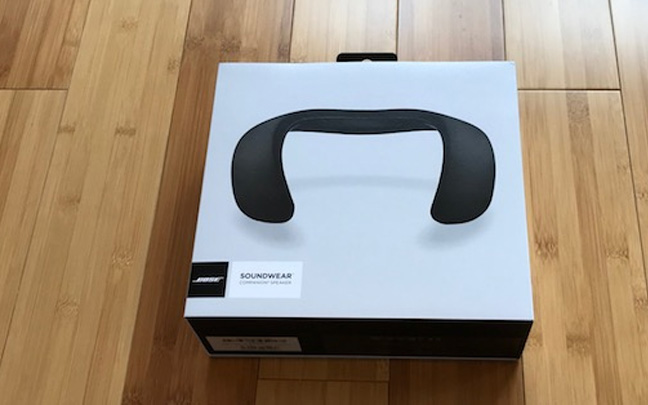 “Why would you want to wear a speaker? Why don’t you just wear headphones,” an older woman asked me at Starbucks today as I was blasting the new Bose SoundWear Companion Bluetooth speaker yesterday. The speaker wasn’t really bothering her since the noise doesn’t travel far. However, the nice (she wasn’t trying to be rude, just curious) lady just thought the entire idea of wearing a speaker was weird. Welcome to 2017!

If you’ve gone to the Bose retail store or even Fry’s Electronics and saw the SoundWear Companion, you probably laughed and said, “What will they come up with next?” But if you actually try Bose’s wearable speaker, you’ll be surprised on how much you like it. The sound is vibrant, full, and allows you to hear your music or videos without tuning out the rest of the world. 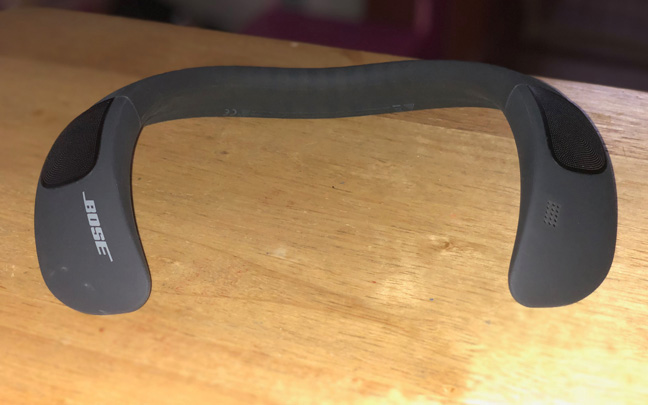 The SoundWear Companion is most useful while driving your car (it sounds better than most car stereos), taking a walk, or even watching a movie at home. It won’t be very useful when working out at the gym since there is too much other noise, although I have been able to do this. It’s not useful in most situations that are very loud. And if you’re used to using noise-cancellation headphones, you may be in for a shock at first.

But what makes this better than headphones is the fact that it fits comfortably around your neck — so comfortably that it’s easy to forget it’s there. It feels great not having to stick buds, which can often cause slight discomfort, into your ears. And it feels great to walk around listening to music without tight pads squeezing your ears. 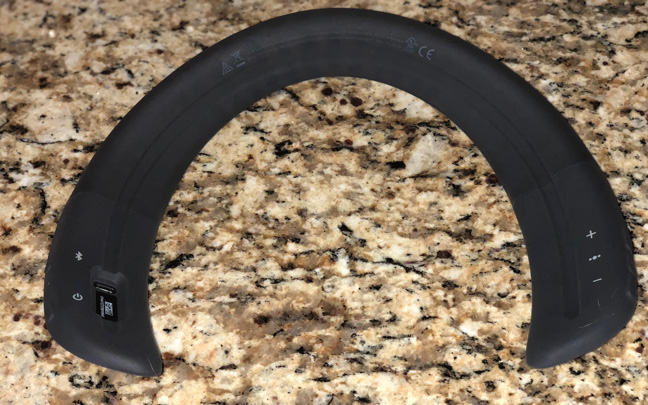 Bose has been able to brilliantly capture the sound from its high-end Bluetooth speakers and put it into the relatively small neckband. Since the sound isn’t directly in your ear, even audiophiles won’t be able to tell the difference between wireless and wired sound. The product that it sounds closest to is the SoundLink Mini II.

Trust me when I say this — within the next six months, we will see similar products from Sony, Sennheiser, Bowers & Wilkins, and — possibly — Apple. Wearable speakers won’t make headphones obsolete, but they are about to become mainstream in a major way.

Daryl Deino has been a technology enthusiast since 1995 and has written for several newspapers and technology sites. Please reach him at [email protected]
View all posts by Daryl →
This entry was posted in Review, Tech News and tagged Bose SoundWear Companion, LG Tone Studio, Wearable Speakers, Wireless Speakers. Bookmark the permalink.