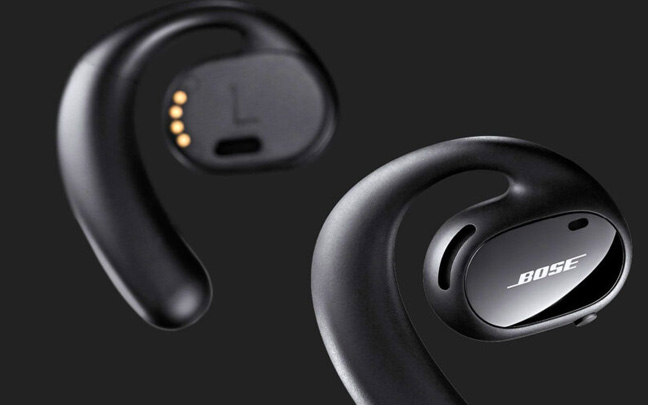 Bose is the king of experimentation, and usually, their experimentation works. Take the SoundWear Companion Bluetooth speaker that fits around your neck. It really was a great product, although it didn’t lead to the mainstreaming of similar speakers.

Then, there are the Bose Frames, which I found impressive but admitted they weren’t for everyone. Having sunglasses that point audio to your ear really sounds more fun than it is. Still, I hear that the Frames have done pretty well for Bose, especially with all the refinements.

Now comes the announcement of the Sport Open Earbuds, which don’t actually go in your ears. Instead, they hang on your earlobes and let you hear music with your eardrums wide open. This helps you hear other sounds as well. It’s a feature that I find overhyped since the latest earbuds from Bose and Apple offer a transparency mode that allows outside noises to come though in the same way they would without wearing earbuds. 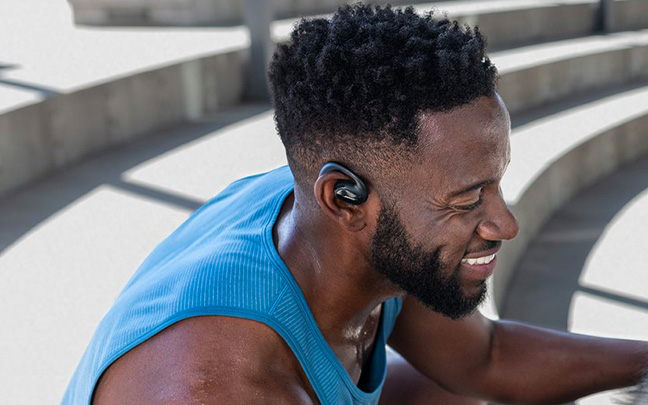 Bose claims that their OpenAudio™ technology keeps the music away from others as well. They also claim that one can make crystal clear phone calls. Those thinking about any type of noise cancellation should look somewhere else; these buds aren’t made for reducing outside noise, and that will be a great thing for some listeners who don’t plan on being in a busy train.

They’re IPX4 water-resistant, which means you can sweat with them but not swim. Be careful about ever dropping them in water. Sport earbuds, for the most part, offer more water resistance. Unlike other earbuds, these come with a recharging magnetic base rather than a small charging case. Bose claims that you can get up to eight hours of non-stop listening when the buds are fully charged (that takes two hours).

If you are debating on whether the Sport Open Earbuds are good for you, give them a try. If you buy them straight from their website, Bose offers a 90 day trial period and allows you to return them if you’re not completely satisfied. Unlike other companies, Bose doesn’t make returning their products a hassle either.

Even though I’m not jumping up and down in excitement over these, my ears would still like to try them out. Tune in to this blog for a full review, which should take place within the next month.

Daryl Deino has been a technology enthusiast since 1995 and has written for several newspapers and technology sites. Please reach him at [email protected]
View all posts by Daryl →
This entry was posted in Tech News and tagged Bose, Earbuds. Bookmark the permalink.