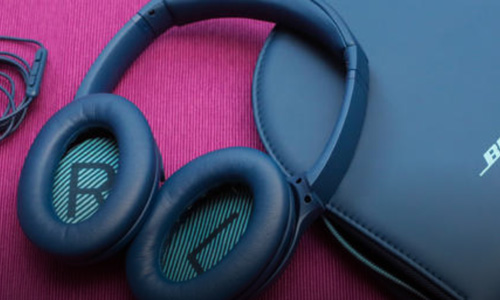 Bose has another winner on their hands.

Bose’s new headphones are supposed to sound good and don’t cost more than $200. The first SoundTrue Around-Ear was a game changer for Bose, who finally realized that design is just as important as sound to many consumers.

When the first SoundTrue Around-Ear came out in 2014, it received excellent reviews. PC Magazine gave it four stars.

“But if you’re looking for solid-performing, distortion-free, lightweight, travel-friendly headphones in this price range, the SoundTrue is certainly worth your attention,” said reviewer Pierre Stemmelin.

Even though the headphones didn’t have noise-cancellation like more expensive Bose headphones like the Bose QuietComfort 25, they still offered great sound and could be used as a telephone headset.

Now, the SoundTrue Around-Ear II has just been released. It is even slimmer and lighter while coming in several different designs. CNET has given Bose’s new headphones four stars.

“Bose SoundTrue Around-Ear II is a lightweight, very comfortable over-ear headphone that offers smooth sound with well-defined bass. Its new design, with a wider headband, seems more durable than its predecessor’s and its sealed earcups do a good job isolating the wearer from ambient noise.”

On Amazon, 88 people have given the Around-Ear II a 4.5 rating out of 5, which is around the same rating that Bose’s headphone products usually get. A couple reviewers have said that even though the bass is stronger, the high and middle ranges are somewhat muddled. If that’s the case, it’s very much like Bose’s first Mobile On-Ear brand headphones from 2009. When Bose updated those, many complained because they missed the intense bass, even though the middle and high ranges became more clear. 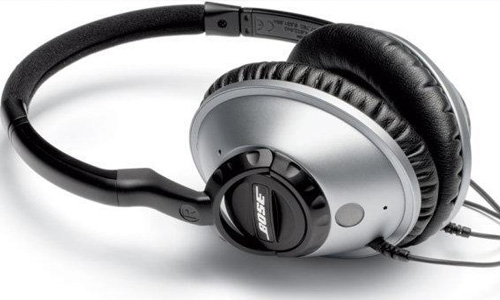 The new headphones have a sound range similar to Bose's 2009 headphones.

Bose may not sell as many headphones as Apple’s Beats by Dr. Dre brand, but they are certainly the most innovative headphone company in audio history. Bose is the company that has made noise-cancelling mainstream. Bose still has the best noise-cancelling technology that other brands have tried to emulate, but have failed. The closest is Sennheiser’s NoiseGuard technology, which is widely available on its wireless headphone products.

In the upcoming year, we will see the Bose SoundLink Bluetooth Speaker IV, which will likely have a speakerphone setting that the current model lacks. There are also rumors that Bose will release new noise-cancelling wireless earbuds. If you don’t already own a product by Bose, you are certainly missing out.

Daryl Deino has been a technology enthusiast since 1995 and has written for several newspapers and technology sites. Please reach him at [email protected]
View all posts by Daryl →
This entry was posted in Video and tagged Beats, Bose, Headphones. Bookmark the permalink.