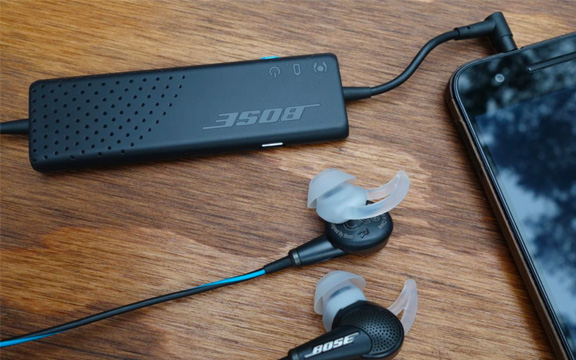 Many of my investments in electronics, especially when it comes to audio, don’t last more than two years. This is because headphones keep getting better, especially wireless ones. In August of 2013, I spent $300 on the QC20 wired in-ear headphones from Bose, and I still use them until this day. You can still purchase them for $249.

The QC20s were the first in-ears to have active noise cancellation. And even though the noise cancellation isn’t as good as recent Bose headphones like the QC35s, it is still more than adequate. Part of what makes the QC20s last so long is that they are portable, meaning that as long as they are in my pocket, I can have what noise cancellation makes feel like phone conversation with anybody at anytime. It also means that I can tune out noisy environments wherever I go.

But the best thing about the QC20s is the sound. The separation between the high, low, and middle ranges of the sound spectrum are very noticeable. The bass doesn’t get muddled in like it does on some of Bose’s wireless headsets, like the QC30s. The QC30s were meant to be the “wireless” version of the QC20s, but fail. Many people who have purchased the wireless QC30s have returned them to get the QC20s instead. Yeah, they are wired, but are still more convenient than wireless headphones. 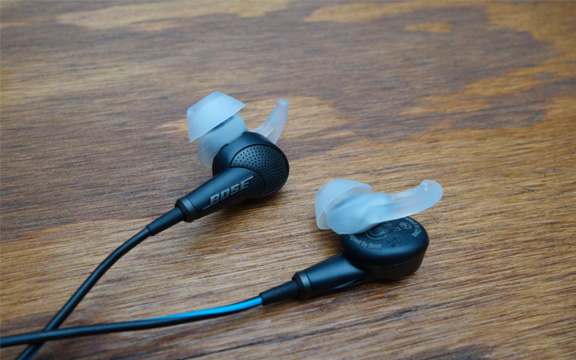 The QC20s come with different size buds to ensure a great fit in your ears.

There are two things I still find annoying about the QC20s. One is the candy-bar like battery pack, which makes the QC20s feel heavier than they should. It doesn’t feel as bad when you attach the wires from the headphones to your shirt with Bose’s attachment ring. If you don’t, you’ll feel the bar jerk around by your pocket.

If you run out of battery power, which is used for noise cancellation, you are out of luck. Listening to the QC20s without noise cancellation is a painful process. However, if you want to be aware of the noise around you, there is a special “Aware” mode that lets you do this, even as the noise cancellation is turned on. It can work as a hearing aid of sorts as well, letting you hear conversations as if they are closer to you.

The Bose QC20 in-ear headphones (you can refer to them as earbuds too) have been in my pocket almost every day for more than three years. $299 is cheap for the joy and helpfulness Bose has provided.

Daryl Deino has been a technology enthusiast since 1995 and has written for several newspapers and technology sites. Please reach him at [email protected]
View all posts by Daryl →
This entry was posted in Review and tagged Bose QC20, Bose QC30, Bose QC35. Bookmark the permalink.